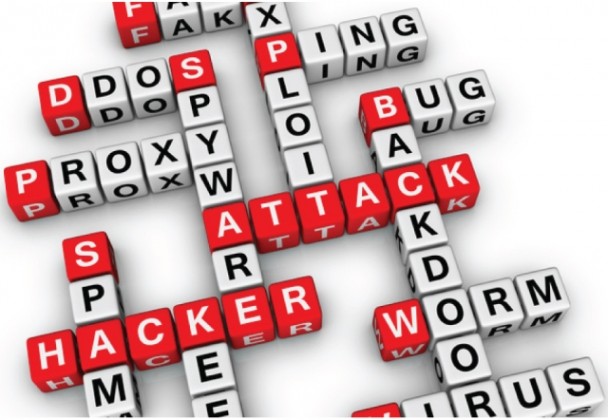 Digital organizations are becoming helpless to prevent distributed denial of service (DDoS) attacks that take down websites by overloading or hit other online services with traffic.

DDoS attacks have the power to knock whole sites offline and are usually carried out by automated bots or programs.

Irish National Lottery, media company BBC, HSBC, and videogame Wurm were some of the victims of DDoS attacks.

The popularity of DDoS is creating a strong community of cybersecurity technology companies in the world.

Darren Antsee, chief security technologist at software company Arbor Networks, believes the world is in an arms race between those carrying out DDoS attacks and those who try to defend against them.

Arbor Networks said more than 200 of the DDoS attacks in 2015 summoned 100 Gbps of traffic, with the largest of these clocking in at 500 Gbps – enough to disrupt an entire internet service provider’s network. 74 percent of service providers surveyed by Arbor said they had seen an increase in such protections among their customers.

Kaspersky Lab says a DDoS attack can cause considerable losses, with average figures ranging from $52,000 to $444,000.

In December 2015, BBC confirmed that its network of websites and its iPlayer streaming service faced cyber attack.

OurMine hacking group pulled down the HSBC website through a massive DDoS attack on 12 July affecting domain in UK and the USA.

DDoS are painful and devastating because these attacks are often highly costly. On September 20, security blogger Brian Krebs’ website, KrebsOnSecurity, was hit by a massive 620Gbps attack after he reported news on cyber criminals in vDOS website.

“The attack did not succeed thanks to the hard work of the engineers at Akamai, the company that protects my site from such digital sieges,” Krebs wrote in his blog post.

The attack was approximately 665 Gigabits of traffic per second initially. Additional analysis on the attack traffic suggested that the assault was closer to 620 Gbps in size. 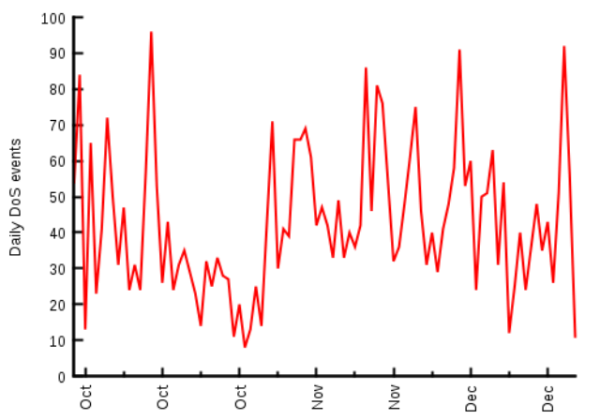 IT security firm Suruci said that rather than hackers using DDoS to throw the websites offline by bombarding them with a huge number of packets, this type of attack was more precise, taking advantage of the pingback feature that generates a comment on a blog when someone else with pingback enabled links to it.

“Layer 7 attacks (also known as HTTP flood attacks) are a type of DDoS attack that disrupts your server by exhausting its resources at the application layer, instead of the network layer,” said Daniel Cid, CTO at Sucuri.

In a blog post, CloudFlare said the current spate of large attacks is all layer 3 (L3) DDoS. Layer 3 attacks consist of a large volume of packets hitting the target network, and the aim is usually to overwhelm the target network hardware or connectivity. 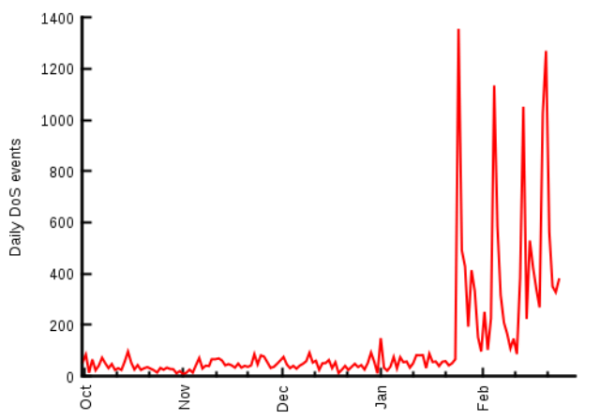 A chart from CloudFlare shows that recent DDoS attacks were larger

CloudFlare said L3 attacks are dangerous because most of the time the only solution is to acquire large network capacity and buy beefy networking hardware, which is simply not an option for most independent website operators.

Akamai observed its largest DDoS to date at 363 Gbps on June 20 against a European media customer. The median attack size fell by 36 percent to 3.85 Gbps.

How to prevent DDoS

So, what are the ways to avoid such a disaster? A Microsoft write-up recommends keeping networks protected against being attacked. Besides, one must strengthen his machine securities to avoid being compromised.

Experts in the field say prevention is better than cure. They strongly recommend adopting protective measures to avoid the trouble.

Large scale websites like Amazon, Facebook, Apple, Google protect themselves in many ways. They adopt layered security approaches such as black-holing, using routers and firewalls, intrusion of detection systems which will alert if any abnormal traffic occurs, proper server application configuration, automated mitigation and bandwidth oversubscription.

# Perform an audit of IoT devices used on your network

# Change the default credentials on devices. Use strong and unique passwords for device accounts and Wi-Fi networks. Don’t use common or easily guessable passwords such as “123456” or “password”

# Many devices come with a variety of services enabled by default. Disable features and services that are not required

# Disable Telnet login and use SSH where possible

# Disable or protect remote access to IoT devices when not needed

# Use wired connections instead of wireless where possible

According to Akamai, it was nearly double the size of the largest attack they’d seen previously, and was among the biggest assaults the Internet has ever witnessed, Krebs said.

He believes that this attack was launched with the help of a botnet that has enslaved a large number of hacked IoT devices — routers, IP cameras and digital video recorders (DVRs) that are exposed to the Internet and protected with weak or hard-coded passwords.

According to Symantec, poor security on many IoT devices makes them easy targets. Often, victims may not even know they have been infected since these devices are designed to be plugged in and forgotten after basic set-up.

A recent research from the security service provider found that the most common passwords IoT malware used to attempt to log into devices was the combination of ‘root’ and ‘admin’, indicating that default passwords are frequently never changed.

The origin of the attack on Krebs’ website remains anonymous. Symantec study found that more than half of all IoT attacks originate from China and the U.S., based on the location of IP addresses used to launch malware attacks.

High numbers of attacks are also emanating from Germany, the Netherlands, Russia, Ukraine and Vietnam. In some cases, IP addresses may be proxies used by attackers to hide their true location.

The company pointed out that many of the above said are Internet-accessible but, because of their operating system and processing power limitations, they may not include any advanced security features, and thus poses vulnerabilities. 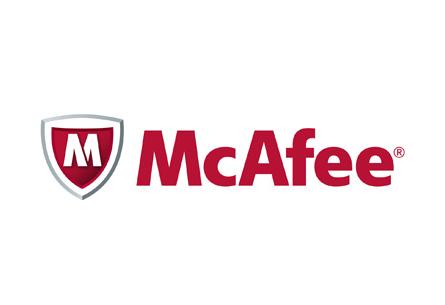 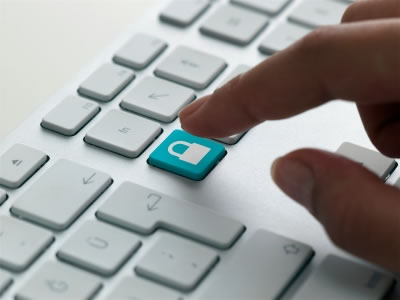 How online security will be breached during Christmas: McAfee