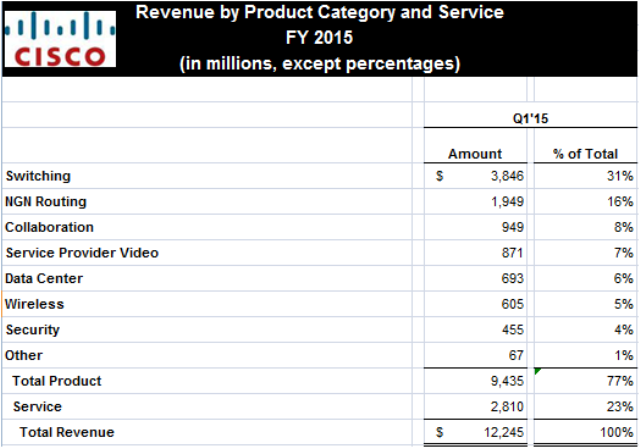 During the current quarter, Cisco expects revenue to rise 4 to 7 percent, compared to a 8 percent expected rise.

Cisco continues to bet on its strategy on delivering solutions for IT and the Internet of Everything.

Cisco chairman and CEO John Chambers said: “We continue to make progress towards becoming the #1 IT company in the world. We are still in a tough environment, but seeing encouraging trends as cities, businesses, governments and schools are becoming more digitized.”

The BRICS plus Mexico were down 12 percent while the other emerging countries actually grew 1 percent.