Cisco will invest close to $30 million in the new site over the coming years. The new IoE center, which will open in 2015, will focus on manufacturing, transportation and logistics. 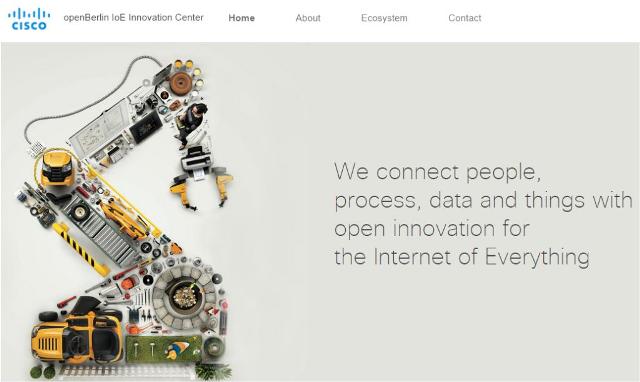 “We consider Germany as an innovation stronghold, especially when it comes to manufacturing and logistics, as reflected also in the Industry 4.0 strategy of the federal government,” said Michael Ganser, senior vice president Central Europe at Cisco.

Cisco estimates the potential IoE Value at Stake for the German economy to be more than $900 billion over the next 10 years.

Berlin city is an important international hub for startups, with 500 ICT companies founded in just the last 12 months.

In addition, Cisco is entering into partnerships with other German cities, such as Hamburg, in order to create a Living Lab for Smart City solutions, including smart port operations.