Berkes, who will be based in New York City and report to chief executive officer Mike Gregoire, has most recently served as the CTO of HBO. At HBO, he was responsible for developing HBO GO, as well as HBO’s technology efforts including media production, internal business systems and technology operations.

Prior to HBO, Berkes spent 18 years at Microsoft. He is one of the four original founders of Xbox. He held a number of senior level positions at Microsoft, including senior software developer, partner-level architect and general manager. 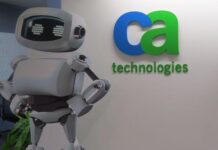