“The CMA is likely to consider whether, following the takeover, Arm has an incentive to withdraw, raise prices or reduce the quality of its IP licensing services to NVIDIA’s rivals,” the Competition and Markets Authority said.

Nvidia struck a deal with Japan’s Softbank Group in September for Arm. 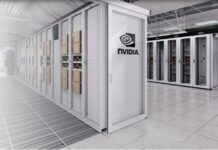