The platform-independent Software-Defined Networking (SDN) company, which has been generating revenue since inception, has received $25 million Series B funding led by Redpoint Ventures and joined by Goldman Sachs, and existing investors Index Ventures, Khosla Ventures, and others.

“The Redpoint team has been looking at datacenter architectures for a good while now – and we’ve been particularly focused on the open opportunity to address the limitations of networking architecture,” said Satish Dharmaraj, general partner at Redpoint Ventures.

“Big Switch is delivering on the vision of software-defined networking (SDN) with an open and standards-based platform that enables network programmability, flexibility and new levels of network service delivery. We started this revolutionary trend away from closed and proprietary systems, and are gratified that every major physical and virtual infrastructure vendor is now participating,” said Guido Appenzeller, CEO and co-founder of Big Switch Networks.

“Working with our ecosystem of partners, the Big Switch platform will disrupt networking applications as we know them today. Investors have recognized the potential of this opportunity, and we are pleased to have the support of a strong investor syndicate including Redpoint and Goldman Sachs, who join Index, Khosla and others on this exciting journey to deliver truly programmable networks,” Appenzeller added. 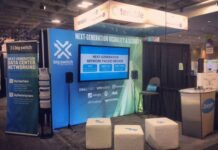