Zoom Video Communications has renamed its chat product and added some features, including third party integration, as it looks to compete with rivals including Microsoft’s Teams and Salesforce’s Slack.

Zoom’s app, now known as Zoom Team Chat, will also include features such as the ability to share in-meeting chat to Team Chat, schedule a meeting from chat or channel. The featured will be released by the end of the month.

Zoom, which competes with WeChat Work, Microsoft Teams, Cisco WebEx and Slack, faces an uphill task of onboarding high-paying clients to sustain its growth at a time when several firms are shifting to hybrid work. 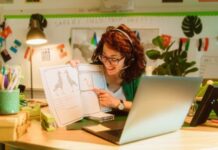 Zoom to set up technology centre in Chennai, to hire engineers