Jason Lee will assume the role from June 29, the video conferencing company said on Wednesday (June 24).

Prior to Salesforce, Jason Lee was a security engineering executive at Microsoft for 15 years, according to his LinkedIn profile.

Zoom’s announcement comes as the company is nearing the end of its 90-day security plan announced earlier in April in response to safety and privacy concerns on its fast-growing video-conferencing app. 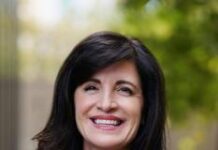