InfotechLead
Home mobility Why should you use a VPN for VoIP apps?

Voice over Internet Protocol (VoIP) calls are a convenient way to stay in touch with friends and family in a more personal manner than just using the phone. Unfortunately, they’re also a great way to have your privacy invaded by various third parties. Here’s how they do it, and how a Virtual Private Network (VPN) can help you avoid it. 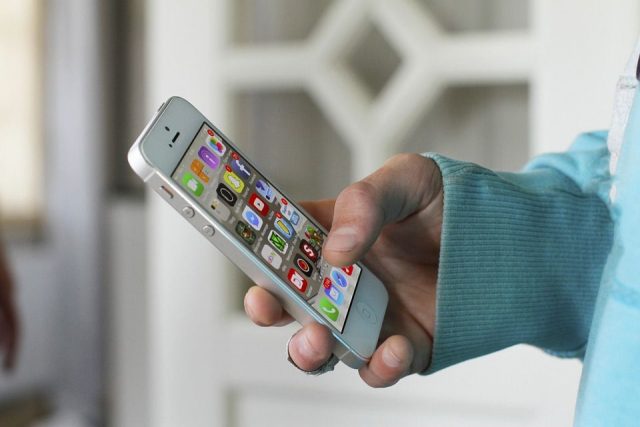 The first danger comes from your Internet Service Provider (ISP) itself. It’s not a well-hidden secret that ISPs sell your browsing and location data at this point, and your VoIP traffic is up for grabs as well. Obviously, they don’t just hire a bunch of people to listen to video calls all day.

What they can do is monitor the network traffic going through the TCP/UDP ports specific to applications that use VoIP tech (for example, port 20000 for Google Voice, 23399 for Skype). The information they can gather includes:

Have you ever found yourself mentioning (not writing) that your tooth hurts over video chat only to get targeted Facebook ads for dentists in your area? If you’ve ever experienced weirdly specific ads like this, you probably know the reason now.

Hollywood’s image of the tech wizard who ‘hacks into the mainframe’ is pretty outdated. Most often, getting access to your data is a simple combination of social engineering and monitoring your online communications for identity theft purposes.

This is especially true if you happen to use free WiFi, especially hotel networks which are hotbeds for hacking activity. When they’re not busy reading your texts and emails, listening in on your video calls is no big deal to a hacker using eavesdropping software or other types of cyber attacks.

You’d think that password-secured WiFi would be enough to keep them at bay, but sadly even the latest WiFi encryption protocols are affected by security exploits. Naturally, it’s still recommended to use password-protected networks. Just know that you’re not 100% safe without the extra security provided by VPN encryption, which obfuscates your data from anyone snooping in.

In fact, that might be the only way to avoid one type of cyber threat called the “Evil Twin” hotspot. Hackers create their own networks that mimic legitimate ones almost perfectly, making it a coin toss whether you’re logging on the hotel WiFi or handing over your data on a silver platter.

Many governments restrict or outright block access to VoIP services. In the United Arab Emirates, for example, VoIP services from apps like Skype, Snapchat, WhatsApp and others are completely blocked. China blocks all VoIP communications that don’t go through its major telecom services.

Even places like South Korea have connection issues related to VoIP apps, or simply make it incredibly difficult to register to foreign VoIP apps. In Egypt, while its telecom regulator NTRA denied disrupting VoIP services, people still have difficulties making calls without using a VPN.

As you can see, there’s still a long way to go before the world can freely communicate without government regulation getting in the way. If you live in, or plan on visiting locations that restrict or block access to these apps, a VPN is a must.

Choosing a provider like ExpressVPN with servers in 94 different countries means you have a wide array of options – and guaranteed faster speeds anywhere in the world.

But even if you never visit one of these VoIP-unfriendly areas, your ISP could still end up throttling your connection speeds if they believe you’re using too much of your data plan on video calls. Obviously, this translates into poor call quality – and nobody wants that. Since using a quality VPN means your network traffic is fully encrypted, your ISP won’t know where to focus their connection throttling.

Here’s another privacy-focused feature of VPNs that’s excellent if you don’t want online strangers or spying agencies to know where you’re calling from. As you may know, IP addresses are directly tied to your physical location.

Your real IP address is replaced with the one from the VPN server you’re connecting to, making it seem like you’re located in that country. This is also what helps you when trying to call from one of those restrictive countries we’ve mentioned.

If you’re going to get a VPN for VoIP calls and want the most cost-effective option, the provider needs to have the following features:

Based in a privacy-friendly country – Unless the VPN ensures zero-knowledge, a VPN based in the US is always going to have the NSA on its back. Make sure the country it’s based in has no data retention laws, or is otherwise known for lax regulation on Internet freedom

A kill switch – despite how scary it sounds, the kill switch simply blocks any non-secured network traffic. This is great at protecting your privacy and anonymity in case your VPN connection drops for whatever reason – an essential feature in countries that frown upon or ban VPN usage

As mentioned before, having a high number of servers to choose from means you’ll have better speeds for VoIP calls wherever you are

Finally, we need to mention so-called “free VPNs.” For one, you won’t exactly find one that offers all these features for free. In fact, most of them actually cause more harm than if you didn’t use one, from selling your data, to leaking your IP address.