BYJU’s confirmed the job cut at Toppr. BYJU’s acquired Toppr for $150 million last year. BYJU’s said it has completed the integration of Toppr and has absorbed almost 80 percent of its talented workforce into the BYJU’S ecosystem.

BYJU’s retained Toppr’s employees from the sales and marketing division, while asking employees in other departments to leave the company.

BYJU’s spokesperson said it would be optimizing teams to recalibrate business priorities and accelerate long-term growth.

Online coding provider WhiteHat Jr, which was acquired by BYJU’s for $300 million, has laid off around 300 employees, after more than 1,000 of its employees resigned after being asked to return to office in April-May.

This time, most of the fired employees belonged to the code-teaching and sales teams at the platform and some of them worked in Brazil.

WhiteHat Jr in a statement said that “We are optimizing our team to accelerate results and best position the business for long-term growth to realign with our business priorities.”

Meanwhile, media reports suggest that BYJU’s has delayed payments to the stakeholders of Aakash Educational Services that was acquired for $1 billion. 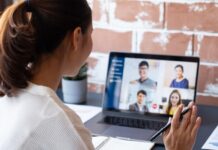