The IP/MPLS and optical transport networks from Nokia will provide significantly more bandwidth to the utility sector and its subscribers and improve efficiencies. It will support a new generation of IP-based applications that will play a key role in everything from IoT-based asset management to managing distributed energy resources such as rooftop solar and residential power storage.

Services supported by the Nokia network include sub-station communications, low-latency communication of IoT sensor data for measurement, protection and control, and time synchronization of devices.

The network will also support operational control systems such as SCADA (supervisory control and data acquisition) and line protection, as well as synchrophasors (PMUs – phasor measurement units), which are one of the key applications for enabling highly accurate and dynamic analysis of the state of an electrical system.

The core and aggregation networks will be based on Nokia’s IP/MPLS portfolio. The optical transport network, which replaces a legacy SDH (synchronous digital hierarchy) system, will use Nokia’s DWDM portfolio, providing plenty of room for growth with capacities up to 100 Gb/s.

The transport of all current and future services will be implemented over this new IP/MPLS network, including the most demanding services in terms of synchronization, latency and criticality, such as Current Differential Protection.

“Our work with European transmission system operators enables us to ensure that REE’s network will interwork seamlessly with continental systems – a key capability in the shift to renewables and our ability to manage intermittency across the region,” Patrick Langelaan, Head of Enterprise in Southern Europe at Nokia, said. 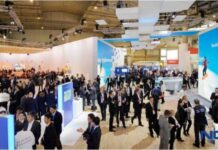