Coca-Cola Amatil noticed that the IoT initiative is boosting beverage sales — from 12 percent up to 20 percent, depending on the channel and outlet.

One digital cooler in the off-premise licensed channel — displaying a beverage discount offer among its content — clocked 120 percent increase in sales in a single month.

TKM9 and Microsoft created a solution that will utilize interactive digital signage that can collect data on sales and customer interaction, and share content with customers at the point of sale — such as discount offers and weather reports.

Limited trial of 50 machines is already on and the increase in sales is because the project is designed to draw consumers into an interactive multimedia and social-media experience, via the coolers and the consumers’ own devices, offering games, contests, Facebook posts and more, said Microsoft in a blog post. 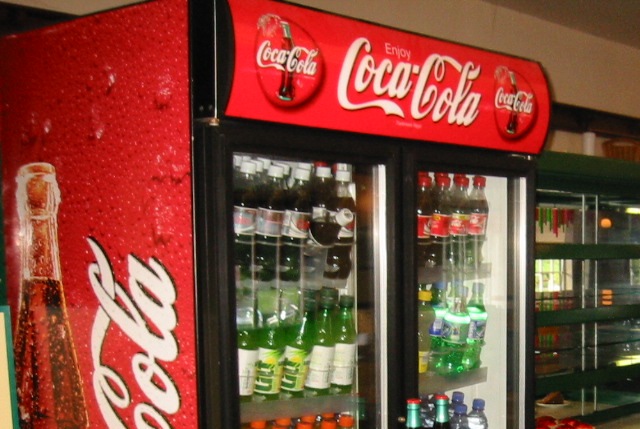 There are several benefits to retailers. Microsoft says retailers don’t have to replace existing devices to use the solution since it builds on existing beverage coolers, equipping them with Windows Embedded-powered touch screens and Kinect for Windows technology to provide immersive content experiences for customers.

By linking to rich analytics in the cloud, the solution is also capable of mining a wealth of data to help CCA continually refine and target how the coolers interact with consumers, said Microsoft.

Stuart Port, manager of Frozen Beverages Strategy at CCA, said that the company wanted to give existing machines at various locations a digital upgrade that could capture the attention of mobile consumers in a social media world.

Interacting with the coolers using touch, gestures, augmented reality and their own mobile phones, customers are provided with content and experiences. For instance, after snapping a photo with the cooler’s integrated webcam, customers can use an app on the machine to alter their appearances with different hairstyles and outfits, set it to music, and then log into Facebook to share, etc.

The modern hardware links up to an analytics application running in the cloud on the Microsoft Azure platform. The IoT solution considers multiple data streams, including geo-location and facial recognition technology, social media input, and weather services, to personalize the flow of content to individual customers in real time.

Microsoft has enabled CCA to deliver personalized, targeted content, as well as fine-tune the development and deployment of new coolers.