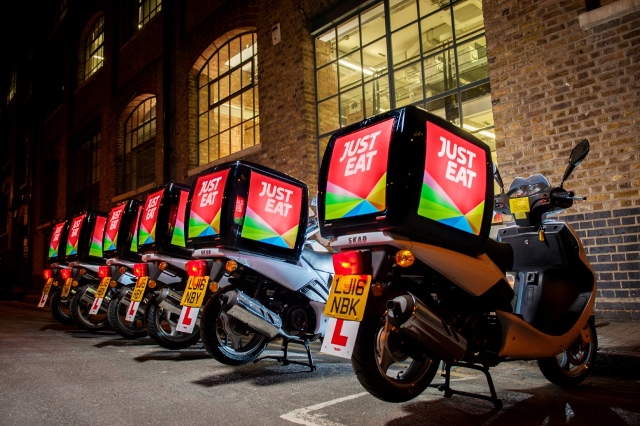 The deal would create a company built around four of the world’s largest profit pools in food delivery: the U.S., the UK, the Netherlands and Germany, the companies said in a joint statement.

For Grubhub, the deal offers an escape from the antitrust concerns that plagued its talks with the Uber Eats division of ride-hailing firm Uber Technologies.

Uber approached Chicago-based Grubhub in May for an all-stock deal that fell apart this week. In a statement, Uber said the food delivery industry needs consolidation, but “that doesn’t mean we are interested in doing any deal, at any price, with any player.”

Media reports about the Uber offer prompted Just Eat Takeaway to reach out with its own offer, Grubhub CEO Matt Maloney told Reuters in a phone interview.

Just Eat Takeaway said it expects to close the deal in the first quarter of 2021, pending shareholder and regulatory approval.

The combined company will be headquartered in Amsterdam.

The companies said in a presentation that Just Eat Takeaway had 2019 revenues of 1.5 billion euros ($1.7 billion), compared with Grubhub’s 1.2 billion euros.

Jitse Groen  founded Takeaway in 2000 while still a student and oversaw its growth through a series of acquisitions, including a 2018 deal to buy the German operations of rival Delivery Hero. Jitse Groen owns 10.29 percent stake in Just Eat Takeaway ahead of the Grubhub deal.