Strategy Analytics says BlackBerry Enterprise Service 10 (BES10) is the most cost effective multi-platform enterprise mobility management solution that Citrix and a number of other rivals.

Its report says the pricing offered by BlackBerry BES10 creates a lowest-cost migration path from a TCO perspective. 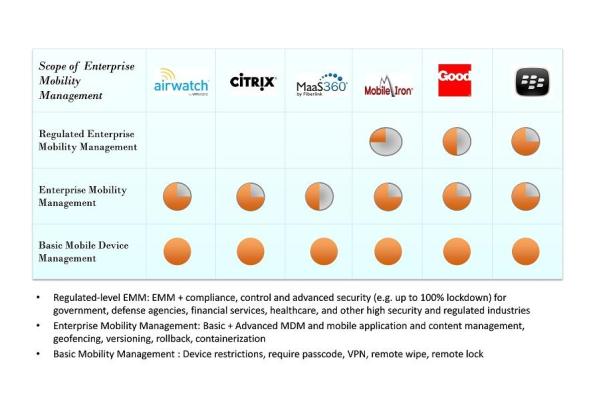 John Sims, president, Global Enterprise Solutions, BlackBerry, said: “The report exemplifies why BlackBerry is the only company that can support the full range of EMM requirements, from the most secure to the most open BYOD environments.”

Strategy Analytics analyzed the TCO of each solution and took into consideration multiple cost drivers, implementation, support and payment scenarios for enterprises migrating from BES5 to BES10 or to other mobility management platforms, as well as enterprises adopting an EMM solution for the first time. 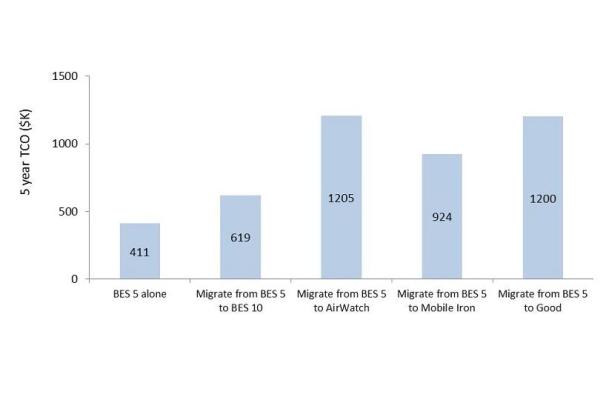 The report said BlackBerry offers an implementation and service package that is substantially cheaper than any of its competitors for the EMM package.

In a fully regulated environment where BlackBerry offers the highest form of security, it also proves to be the lowest cost solution based on a five year TCO, the report said.

CIOs and IT decision makers listed BlackBerry as the most secure solution. Competitors do not offer the same level of IT policies and compliance controls as BlackBerry and cannot deliver a similar end-to-end security model.

The report noted that BES10 offers the most comprehensive set of capabilities for the broadest range of customers, including regulated, enterprise and SMBs.

BlackBerry said customers are realizing the benefits and cost savings of the recently launched BlackBerry program, which provides free license migration and support for BlackBerry customers to move from BES5 and other MDM platforms to BES10.

Since the program launched on March 31, 2014, more than 800,000 BES10 client access licenses have been issued to customers worldwide. Migrations to BES10 include customers using other MDM vendors such as AirWatch, MobileIron and Good Technology. 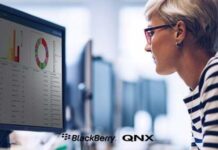