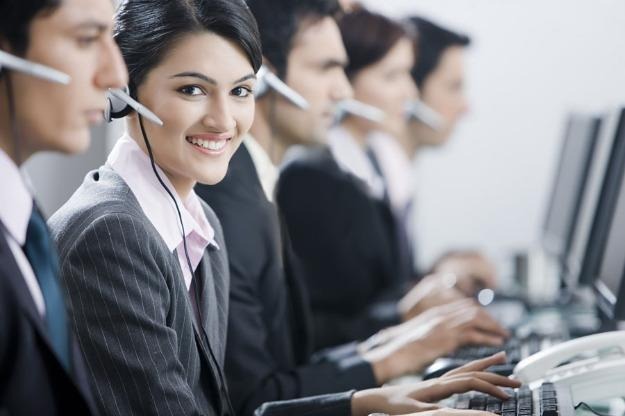 As the year 2015 draws to a close and 2016 is around the corner, IT industry is set to see revolutionary developments fuelled by technologies like Internet of Things (IoT) and cloud computing. Described here are IT trends seen in 2015 and expectations for the coming years.

IoT has emerged as one of the trending technology this year and it is expected to continue next year with more innovations and user fields.

More than 40 percent of the worldwide IoT spending will be in Asia Pacific region in 2015. North America and Western Europe will be spending more than $250 billion in 2015, less than one third of the total IoT spending.

As IoT becomes popular, it is also prone to vulnerabilities. FortiGuard Labs, the threat research division of Fortinet has warned that IoT is likely to fall prey to new malicious tactics and strategies in 2016.

FortiGuard researchers raised concerns that hackers will take advantage of vulnerabilities in connected consumer devices to get a foothold within the corporate networks and hardware to which they connect.

In the recent past, cloud computing has been witnessing increasing market traction across the globe. In India, the market for cloud based data storage services is currently in growing phase due to their rising adoption. Increasing participation is expected from both private as well as government sector.

According to Research and Markets, the market for cloud computing services in India is projected to grow at a CAGR of over 22 percent during 2015-2020.  Cloud vendors are increasingly devising innovative pricing modules to cater to a wider consumer segment.

The agency noted that increased government spending on National Optical Fibre Network (NOFN) and various e-governance portals, coupled with growing acceptance of cloud services in SME segment is expected to drive the market for cloud computing.

However, migrating to cloud is marred with its own set of challenges such as incompatibility with legacy systems and data security issues.

Bring Your own Device (BYoD) is a phenomenon which is going to get wide acceptance in the coming years as more employers realize the benefits of allowing employees to use their own hardware.

As an encouragement to BYoD, business applications are now being made more accessible on these mobile devices.

Syntonic, a mobile platform service provider, forecasts world-Wide BYOD usage will grow 20 percent in 2016, as European BYOD adoption outpaces the rest of the world with a 30 percent CAGR.

It also said, in 2016, CFOs and CIOs will become primary decision-makers for BYOD programs to ensure checks and balances between IT operations, finance, and employees.

3D printing is one of the fastest growing markets in the world. The outlook for 3Dprinting is robust given the wide acceptance of the technology in industrial and biomedical sectors.  In the coming years, 3D printing is likely to get cheaper

Among 3D-based products, 3D printing market has logged considerable growth in the past few years. Market research agency Canalys forecasts the worldwide market for 3D printers, and associated materials and services would be worth $5.2 billion by 2015.

Smart appliances are devices which can communicate with tablets or smartphones that allows users to control these appliances from anywhere.

The smart appliances market is witnessing rapid growth currently and it is expected to reach $37.2 Billion by 2020, and grow at a CAGR of 15.4 percent between 2015 and 2020. In the smart appliances ecosystem, smart home and smart kitchen appliances play a vital role.

Research and Markets estimates that the smart home appliances would hold a large share of the market. The market for smart home appliances was valued at $ 7.7 Billion in 2014 and it is expected to grow at a CAGR of 16.8 percent between 2015 and 2020. Smart washers and smart dryers accounted for a large market share. The market for smart air conditioners is expected to grow at a high CAGR between 2015 and 2020.

According to latest report from ABI Research, the smart home market would reach $34 billion in 2020 and it is becoming the center of activity for multiple IoT ecosystems, including wearables.

A recent study by IHS Technology’s Home Appliance Intelligence Service, the global smart connected white-goods market is forecast to grow from an estimated less than 1 million units shipped in 2014 to over 223 million units in 2020.

However, privacy and security remain the critical challenges for the connected home and appliances market since data is carried over the network.

As IoT and cloud get popular, the scope for big data increases as more data are being created and stored in a centralised system.

According to software company TARGIT, there will be an expansion of big data analytics in 2016 with tools that make it possible for business users to perform comprehensive self-service exploration with big data when they need it, without major hand-holding from IT.

TARGIT also noted that coming year, savvy businesses will convert the self-service BI trend into an opportunity to empower employees with data-driven thinking.

It looks a boom is inevitable in artificial intelligence and robotics branch as indicated by the recent investment plans and developments. The world will see growing number of robots for various purposes in several industry verticals.

Research and Markets forecasts the global robotics market to grow at a CAGR of 29.11 percent over the period 2014-2019.

Personal/domestic service robotics market is expected to increase 22.65 percent over the period 2015-2019.

It also predicts that the global inspection robots market in the oil and gas industry to grow 20.46 percent over the period 2014-2019.

Technology solution provider CSC says 2016 will be the “Year of Contextualized Information” with organizations modernizing their platforms and applications.

“Building on the growth of information generated by digital engagement platforms and data supplied by “Internet of Things” (IoT) devices, contextualized analytics will be a prevailing force in 2016,” CSC said.

According to CSC, context-rich environments will force enterprises to give significant thought to acceptable risk levels and controls as they share a growing range of information with key stakeholders.

As a result, 2016 also see the emergence of context-aware security trends.

Global IT and cybersecurity association ISACA  warned that the overwhelming shift to mobile and cloud computing among both businesses and consumers will see some surprising additions to the risk landscape in 2016.

“There is no question that cyberattacks are on the rise, but what is changing dramatically is the type of attack and the targets that bold fraudsters are focusing on,” said Christos Dimitriadis, international president of ISACA.

“In 2016, organizations must be sure that they have the cybersecurity framework, knowledge, skills and resources to manage these new threats,” Dimitriadis added.

FortiGuard Labs have warned that IoT and cloud users will be targeted the most in the coming years as the adoption of these technologies allow shifting of data outside an organisation.

Mobile malware and malvertising will daunt users as more services and advertising move from the desktop to mobile devices.

Promotion through publishing of news and data base of IT companies