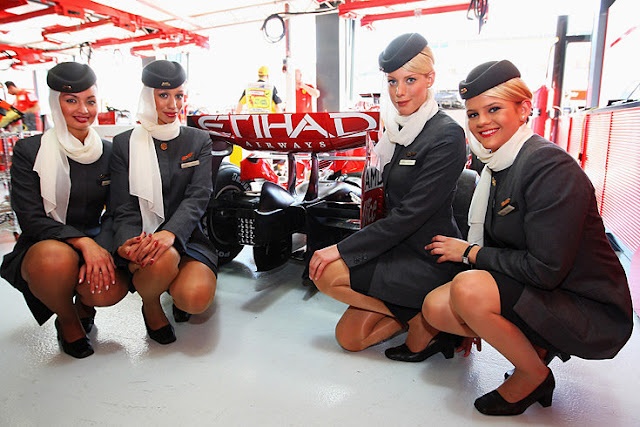 A look at the recent developments in the aviation sector indicates IT and related services have become critical for the airline business.

Recent IT deployments in aviation sector

Airports handle ever increasing numbers of passengers and aircraft movements. Their adoption of technology solutions will help in providing a better experience for passengers while also meeting the operational needs of their airline customers.

Recently, Columbus Regional Airport Authority of the U.S. said it is installing Gigabit Wi-Fi infrastructure from Aruba across its three airports. Jim Lizotte, Director of Technology Services at CRAA said Wi-Fi is a critical customer satisfaction factor that airports are measured by, so the wireless infrastructure is paramount to success.

In addition to customer satisfaction, Lizotte said things like disaster recovery and business continuity are crucial to an airport and rely heavily on the network infrastructure.

In September, Perth Airport said it adopted Amadeus cloud technology called Airport Common Use Service (ACUS) to improve passenger experience and drive cost savings. Under the long-term partnership, ACUS will help to handle check-in and boarding using tablets and mobile devices. This is expected to result in a 26 percent reduction in passenger processing costs to airlines.

Etihad Airways, the national airline of the United Arab Emirates, implemented Amadeus Fare Families, with which Etihad Airways will brand and differentiate its products and services by showing the full value of each packaged fare on all its retailing interfaces for all customer segments and worldwide points of sale.

In August, Delhi International Airport has launched a new app called flyDEL that aims to enhance the user experience at the airport. The app, which is available for both Android as well as iOS based devices, covering a majority smart phone users in the country, provides real-time flight information and access to all passengers’ facilities available at the airport among others.

Meanwhile, the Indira Gandhi International (IGI) Airport has deployed DRISHTI software for reporting the runway visual range to ensure safe landing and take-off of aircraft in poor visibility conditions. The deployment of Drishti Transmissometers at the IGI airport is part of the first phase installation of 20 such systems in 10 airports across the country.

In May, Kansai International Airport of Japan inked in a Smart Wi-Fi deal with Ruckus Wireless to offer free public Wi-Fi service for international travelers.

IT deals in aviation

The increase in IT and IT-enabled services has reflected in a rise in IT contracts in the aviation sector. In October, IT vendor IBM has signed a $700 million deal with Abu Dhabi carrier Etihad Airways for a range of security and technology, infrastructure services. The 10-year agreement covers Etihad and its partner firms across Europe and Asia.

A new VFR theme provides general and business aviation pilots with the ability to switch between IFR and VFR data on the real time, data-driven enroute map. The ability to import route information and third-party flight planning data is also now available, and the iPad-based electronic flight bag (EFB) solution is also compliant with the iOS 9 operating system.

During the next three years, Virgin America and Alaska Airlines will use the Traffic Aware Planner application, to make “traffic aware strategic aircrew requests” (TASAR).

Gogo has 2500 commercial aircraft flying with its connectivity solutions. Out of the 2500 aircraft, more than 860 are using ATG-4 air-to-ground solution and more than 150 aircraft are using its Ku-band satellite system. The company expects nearly 1,000 aircraft to be flying with ATG-4 by the end of this year, which represents close to 40 percent of all Gogo equipped aircraft.

The global flight navigation system market will grow at a CAGR of 5.87 percent over the period 2014-2019, according to Research and Markets.

Delta Air Lines is spending $2 million for creating a research center at The Georgia Institute of Technology to enhance its operations and the customer experience.

From mid-2016, Virgin America will offer fleetwide touch-screen personal entertainment, Wi-Fi and power outlets at every seat in Airbus A320 Family aircraft on Hawai’i flights.

In October, America’s JetBlue airlines have completed installation of Fly-Fi on its fleet of more than 150 Airbus A320 and A321 aircraft. For the company, it was major milestone on its path to becoming the only U.S. carrier to offer free high-speed Wi-Fi Internet on every aircraft.

Fly-Fi uses Ka-band satellite technology to offer a broadband Internet experience similar to what customers have at home, including the ability to stream video and use multiple devices at once.

It is time to take off. Airlines are offering 5-star feel to travellers. IT investments are boosting the customer experience during your flight journey, when you buy the ticket, when you land at the airport, walk through the duty free shops and connecting with your friends from the flight.