InfotechLead
Home IT Use Apple Watch preview and pre-order begin on April 10, 2015

Apple said Apple Watch will be available for preview and pre-order on April 10.

Selected Apple retail locations in Australia, Canada, China, France, Germany, Hong Kong, Japan, the UK and the U.S. will be allowing customers to try and experience the watch.

The delivery for the Apple Watch will begin on April 24.

Apple Watch customers when pair their new device with iPhone can access emails, listen music or even make phone calls.

Beginning 24 April, Apple Watch will also be available at boutiques in major cities including colette in Paris, Dover Street Market in London and Tokyo, Maxfield in Los Angeles and The Corner in Berlin, and select Apple Authorized Resellers in China and Japan.

Apple Watch introduces technologies including the Digital Crown, the Retina display with Force Touch and the new Taptic Engine.

The Apple Watch requires to be paired with an iPhone 5, iPhone 5c, iPhone 5s, iPhone 6 or iPhone 6 Plus running iOS 8.2 or above for use.

Last month, Air Canada developed an application for Apple Watch to help the customers on the go to obtain travel information.

Last September, Starwood Preferred Guest announced that with the launch of Apple Watch their application will allow the guests to check-in and open their room door using the watch.

Accor hotels developed an application for Apple Watch to allow the guests to receive alerts when check-in service is open, access information about bookings and to get information about their hotel services like Wi-Fi. 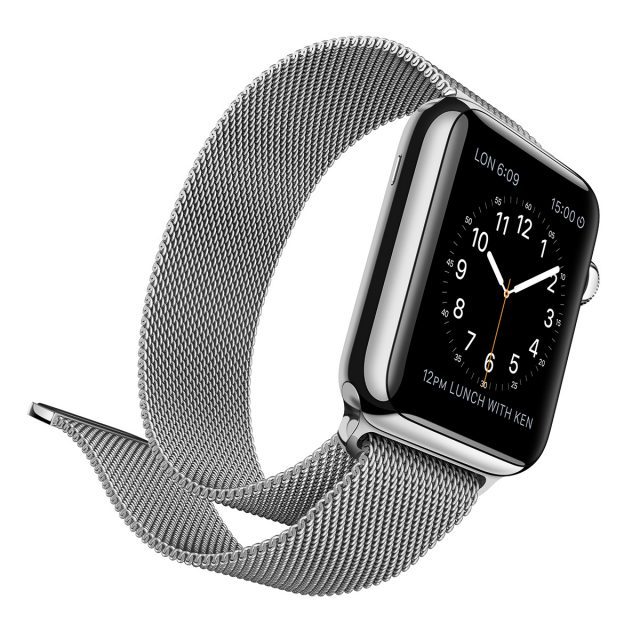 Will hospitals to deploy Apple Watch? 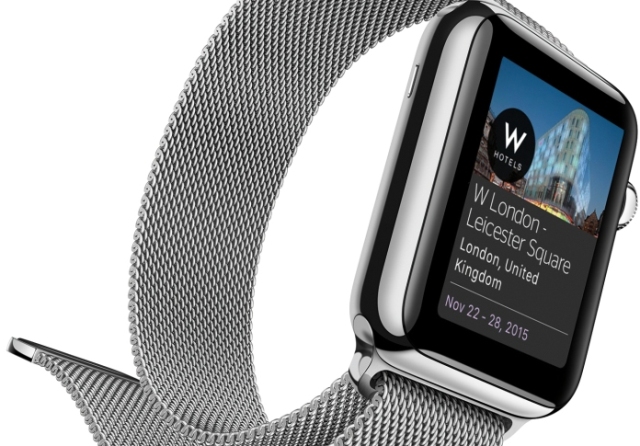