InfotechLead
Home IT Statistics Tablet shipments forecast to drop in 2016, 2017 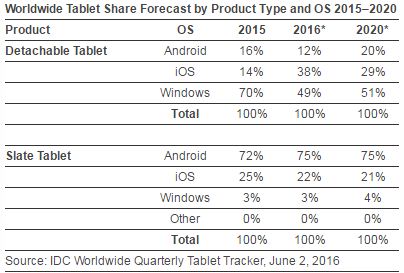 Worldwide tablet shipments are expected to decline for the second straight year in 2016, dropping 9.6 percent compared to 2015, IDC said.

The situation will be the same next year, before a slight rebound in 2018 and beyond, driven by detachable tablet growth.

Currently, the detachable category only accounts for 16 percent of the market and IDC expects it to reach 31 percent in 2020.

“The detachable tablet segment is also considered by some manufacturers, like Apple, as a way to spur replacement cycles of the existing slate tablet installed base,” said Jean Philippe Bouchard, research director, Tablets.

“One reason why the slate tablet market is experiencing a decline is because end-users don’t have a good enough reason to replace them, and that’s why productivity-centric devices like detachable tablets are considered replacement devices for high-end larger slate tablets.”

IDC still expects well over 100 million slates to ship annually through 2020. The main driver for this is the low cost associated with smaller screen slate devices. 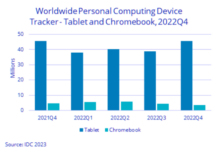 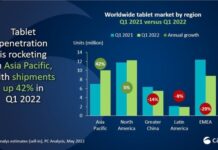