InfotechLead
Home IT Statistics Spending on cloud grew 12.5% in first quarter to $15 bn 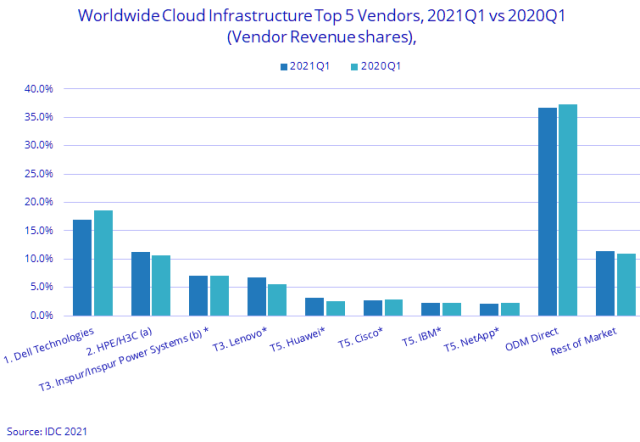 Investments in non-cloud infrastructure increased 6.3 percent year over year in 1Q21 to $13.5 billion.

Spending on dedicated cloud infrastructure increased 14.7 percent year over year in 1Q21 to $4.8 billion with 45.5 percent of this amount deployed on customer premises. IDC expects that cloud environments will continue to outpace non-cloud throughout its forecast.

Spending by service providers on compute and storage infrastructure is expected to grow at a 10.1 percent CAGR, reaching $108.8 billion in 2025.