During the same time, revenues are forecast to reach $28.9 billion.

Worldwide purchases of 3D printers, materials, software, and related services are expected to total $13.2 billion in 2016.

The United States will deliver roughly a quarter of worldwide 3D printing revenues throughout the 2015-2020 forecast period while the next three largest regions – Western Europe, Asia/Pacific (excluding Japan), and Japan – combined will deliver more than 50 percent of total revenues.

While the fastest growth will come from the Middle East and Africa (MEA) and Central and Eastern Europe (CEE) regions, Western Europe’s strong growth will significantly close the revenue gap with the United States by 2020.

Spending by healthcare industry will leap from the number 5 position in 2016 to the number 2 spot in 2020 with revenues growing to more than $3.1 billion. This move will be driven by strong investments from healthcare providers in both the United States and Western Europe.

“Thanks to the broader variety of 3D printers and materials that can be used, and also to lower prices, 3D printing is becoming more sophisticated and devoted to newer uses. In addition, existing use cases are increasing their market share.” said Carla La Croce, research analyst, Customer Insights and Analysis.

“For example: dental printing is growing rapidly with the prospect of reaching one of the highest market shares in the near future (around 15 percent in 2020), as well as 3D printing for medical implants and devices (nearly 13 percent in 2020).

Moreover, the 3D revolution is discovering new market niches, and new uses will arise in the future. IDC identifies the healthcare sector as the one with the highest growth potential.”

The use cases that will generate the largest revenues for 3D printing in 2016 are Automotive Design – Rapid Prototype Printing (more than $3.9 billion) and Aerospace and Defense Parts Printing (nearly $2.4 billion).

Tools and Component Printing will also emerge as a significant market in 2016. 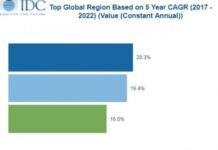 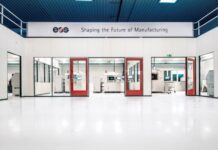 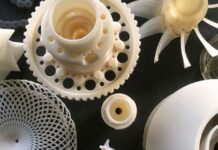