The distributed firewalls market is generating significant interest due to the nature of the threats, the report said.

“For many companies, deploying distributed firewalls to protect their control system networks will be an important part of the overall security picture,” said Jeff Wilson, principal analyst for security at Infonetics Research. 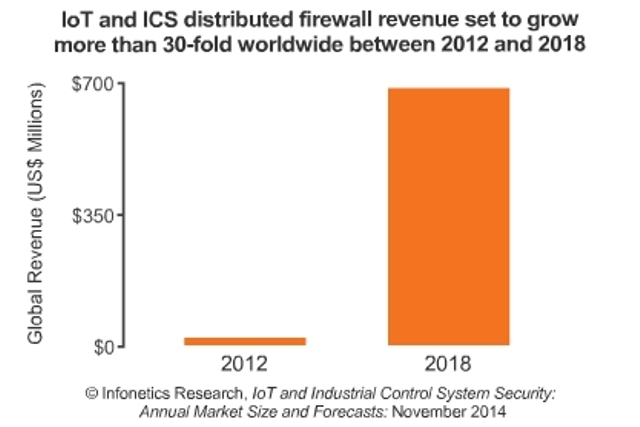 Providing security solutions into the supervisory control and data acquisition (SCADA) / ICS and IoT space represents a way for existing security vendors to tap into explosive growth in this area. IT security vendors such as Wurldtech, Tofino, and Secure Crossing are some of the players in the distributed firewall products market.

Industry verticals such as oil, gas, and utility companies in the U.S. are the first targets for most vendors building solutions in the IoT / ICS security space. Some IoT security vendors are seeing significant interest from oil and gas companies in the Middle East.