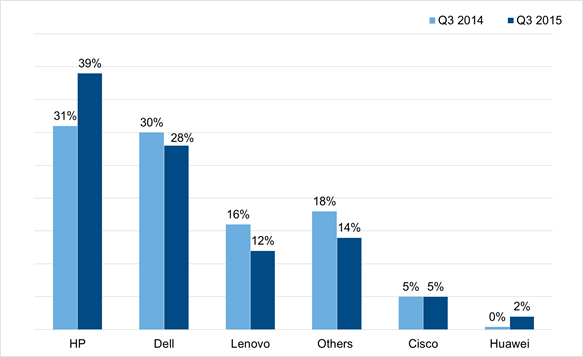 The x86 server market in India grew by 13 percent year-on-year in terms of unit shipment in Q3 2015, IDC said. Revenue from the shipments increased 25 percent annually.

IDC said communications and media vertical in particular was the prominent contributor to this growth; primarily owing to new 4G roll-outs and refresh deals, which are expected to continue in the forthcoming quarters.

White box server providers logged 19 percent growth, with high-performance compute (HPC) servers remain a focus area for most of them.

IDC forecast server market in India is expected to grow in the coming quarters owing to government campaigns like “Make in India” and the proposed GST bill.

Further investments towards digitization, paperless transactions and mobility are expected to propel server demand across all major verticals including professional services, banking, education and healthcare.

Communications and media, retail and transportation verticals are expected to invest in their IT infrastructure upgrades in the coming quarters.