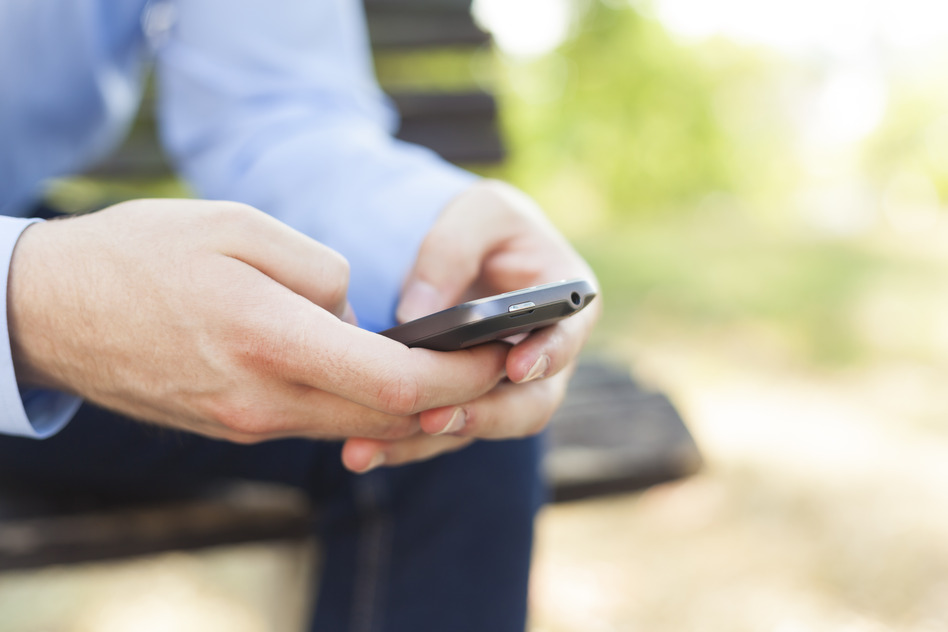 Smartphone market in India crossed the 30 Million unit shipments milestone for the first time ever in a quarter in CY Q3 2016, IDC said Tuesday.

“This seasonal spike in third quarter of the year can be attributed to the channel preparation for the festive season, mega online sales and early import of smartphones owing to Chinese holidays in October” says Karthik J, Senior Market Analyst, Client Devices, IDC India.

Despite the recall of Samsung’s flagship Note 7, multiple new launches across both offline and online channels added onto the its strong portfolio helped vendor to grow at a healthy rate in CY Q3 2016. J2 continues to be a key contributor for Samsung.

Lenovo Group (including Motorola) climbed to second place with 9.6 percent share of smartphones. 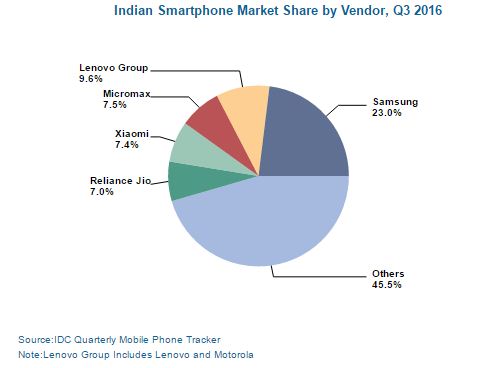 Micromax slips to third position with a 32 percent decline in smartphone shipments over previous quarter. Vendor is facing tremendous pressure from other local vendors in sub US$ 100 segment and with Chinese players in US$100-150.

Xiaomi makes its debut in top 5 as its shipments doubled over previous quarter. With primary focus on online and minimalistic product portfolio, vendor has grown more than 2.5 times over the same period last year.

As the vendor plans to expand its footprint in the offline channel, competition is likely to get intense in Indian smartphone market.

With the commercial launch of Reliance Jio Service with attractive introductory offer, the LYF branded smartphones saw a sharp demand with reports of stock outs at some locations. Apart from its entry level Flame series, Water series also contributed to the growth in Q3 2016.