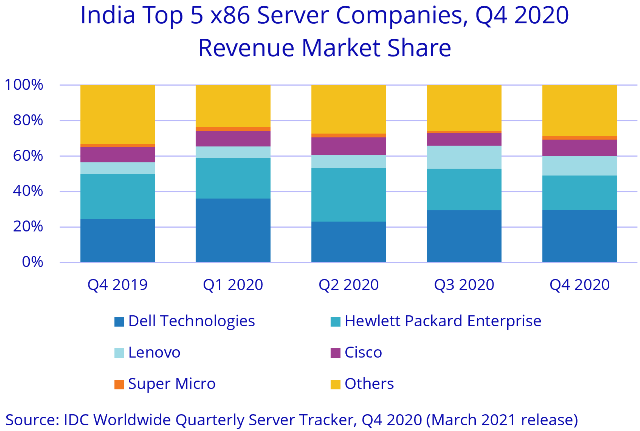 The x86 server revenue contribution grew to 92.9 percent mainly due to demand from the professional services, telecommunications, and manufacturing verticals.

The General-purpose server revenue declined 13.4 percent due to the weakening demand across different industries. Server spending by industry verticals such as utilities, resource industries, and securities and investment services grew at 331.5 percent, 218.7 percent, and 160.6 percent respectively.

Dell Technologies is the top server vendor in the India x86 server market with a revenue share of 29.6 percent and revenue of $73.1 million. Professional services, banking, and discrete manufacturing were top three verticals for Dell Technologies.

HPE is #2 with a revenue share of 19.5 percent and revenue of $48.2 million in the fourth quarter of 2020. Telecommunications, discrete manufacturing, and professional services were main verticals for HPE. 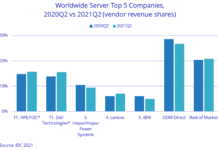