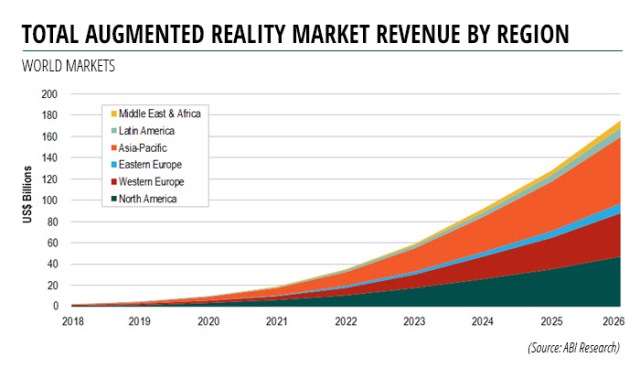 The total global AR / MR market revenue will surpass $175 billion in 2026. This growth and demand are spread across both enterprise and consumer, with gradual but steady enterprise demand meeting with accelerating consumer activity in the next few years.

Apple, Facebook, Google, Samsung, Huawei, Microsoft, and others are investing significantly in AR.

Enterprise adoption of augmented reality continues at a respectable pace of 66 percent CAGR through 2026 compared to 100 percent or greater CAGR for some consumer verticals.

Enterprise AR platforms from PTC, Teamviewer, RE’FLEKT, and ScopeAR are competing and cooperating with increased in-house efforts from companies entering the space with broader digitization efforts as well as more focused immersive goals.

There will be nearly 130 percent CAGR for mixed reality glasses compared to 60 percent for augmented reality glasses. Declining prices, strengthened by fresh consumer hardware competition that needs to be affordable, along with greater competitive choice and software opportunity, make mixed reality solutions the more desirable offering on average.

Some use cases, especially around industrial verticals and applications will remain focused on monocular products thanks to well-developed sales and implementation channels, safety and certification needs, and often simpler implementation and usage requirements. 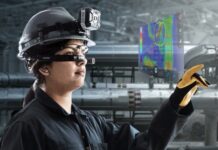