The enterprise telephony and unified communications (UC) market fell 4 percent to $8.7 billion in 2014.

The main reason for the drop in global sales is due to businesses’ decision to delay new purchases and upgrades of PBX equipment despite improving economic conditions, said Infonetics Research, a part of IHS.

UC applications segment increased 20 percent in 2014, fuelled by the demand for tools to increase workforce productivity at enterprises. 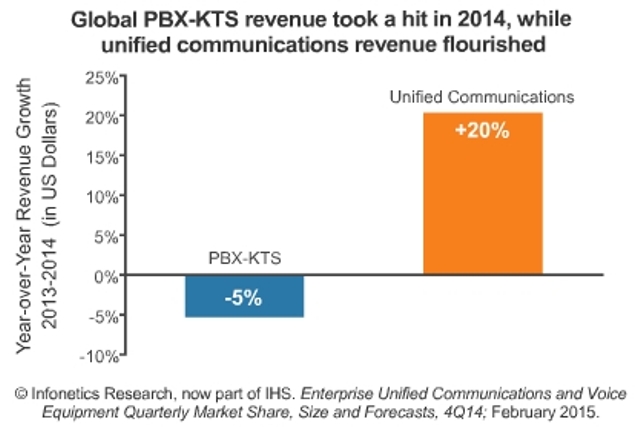 Avaya, Cisco, Mitel and NEC are some of the key players in the global PBX market.