HP has increased its enterprise storage share to 14.6 percent from 13.1 percent.

Dell share in enterprise storage dropped to 10.2 percent from 10.3 percent.

Enterprise storage share of NetApp decreased to 8.7 percent from 10.4 percent. 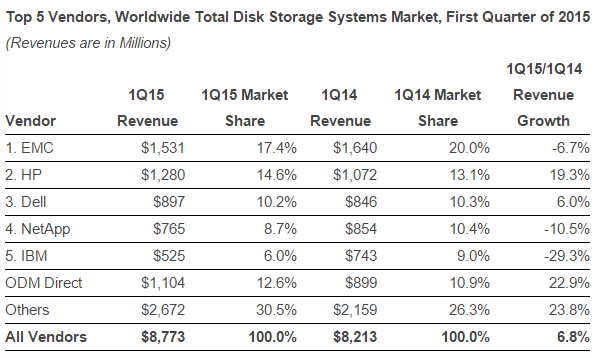 As a collective group, storage systems sales by ODM’s selling directly to hyperscale datacenter customers accounted for 12.6 percent of spending during the quarter.

“Spending on traditional external arrays fell during the quarter while demand for server-based storage and hyperscale infrastructure was up strongly during the quarter,” said Eric Sheppard, research director, Storage at IDC.

EMC was the largest external storage systems supplier, accounting for 27.3 percent of sales. NetApp generated 13.6 percent of total sales during the quarter. HP and Hitachi ended the quarter with 9.1 percent and 9.0 percent share of worldwide revenue, respectively.

How to back up and achieve data backup? 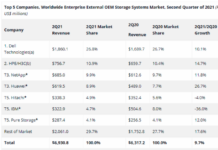