Networking vendor such as Cisco, Brocade and HP are leading the global enterprise routing market in Q3 2014, said Infonetics Research.

Lower selling prices and a shift toward low-end equipment were the primary reasons for the poor performance. 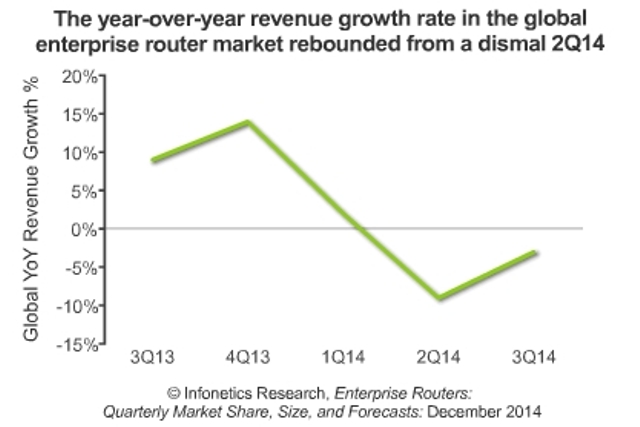 The report noted that high- and low-end routers achieved the strongest performances, while mid-range and branch office router revenue fell by more than 10 percent year-over-year.

Enterprise router revenue growth will resume in 2015, due to the demand for cloud services and architectures and economic expansion.

“Driving the enterprise router market forward is a resurging economy in the U.S. and the shift toward cloud architectures, which will put new pressure on the WAN and require companies to make investments,” said Matthias Machowinski, directing analyst for enterprise networks and video at Infonetics Research.