Relatively small companies such as Barracuda and HP have managed to make a revenue growth in purpose-built backup appliance factory revenues, which declined 2.5 percent in the first quarter of 2014.

According to IDC Worldwide Quarterly Purpose-Built Backup Appliance Tracker, the revenue growth has declined to $664 million in the first quarter.

Market leaders such as EMC, IBM and Symantec have generated revenue less than what they have achieved in the first quarter of 2013.

While EMC, Symantec and IBM held the first three positions by making $398.3 million, $91.9 million, $38.6 million respectively, there was a considerable dip in the leading companies’ revenue.

In addition to this, the total PBBA open systems market fell -2.6 percent year over year in 1Q14 with revenues totaling $598.9 million while the mainframe market experienced a decline of 1.1 percent for the same period.

IDC expects the PBBA market to resume growth over the months ahead as customers continue to embrace appliance form factors to meet their growing data protection and recovery challenges. 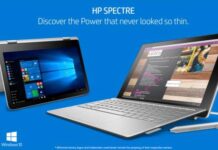