In the total disk storage systems market, the share of EMC, IBM and NetApp has dipped, while HP and Dell gained in the third quarter of 2014. 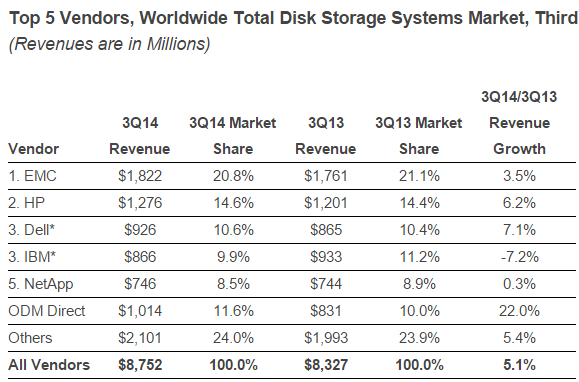