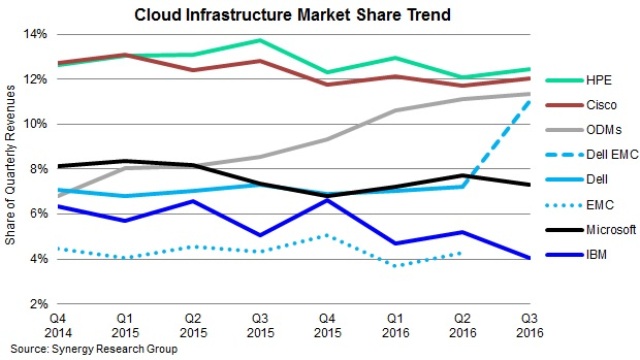 Dell EMC is challenging both HPE and Cisco Systems in the global cloud infrastructure equipment market in Q3 2016.

HPE is the market leader and Cisco Systems is in the second rank in the global cloud infrastructure equipment market in Q3 2016.

ODMs (contract manufacturers) in aggregate continue to increase their share of the market, driven by heavy investments in data centers by hyperscale cloud providers.

Microsoft and IBM are in fourth and fifth positions in the cloud infrastructure market.

Across the different types of cloud deployment, Cisco continues to hold a commanding lead in public cloud infrastructure while HP has a clear lead in private cloud.

Cloud infrastructure equipment revenues — including public and private cloud, hardware and software — are poised to reach $70 billion in 2016 and continue to grow at a double-digit pace, said Synergy Research Group.

HPE has a clear lead in the cloud server segment and is a main challenger in storage, while Cisco is dominant in the networking segment and also has a growing server product line.

Dell EMC is the second-ranked server vendor and has a clear lead on storage.

Microsoft features in the ranking due to its position in server OS and virtualization applications, while IBM maintains a strong position across a range of cloud technology markets. 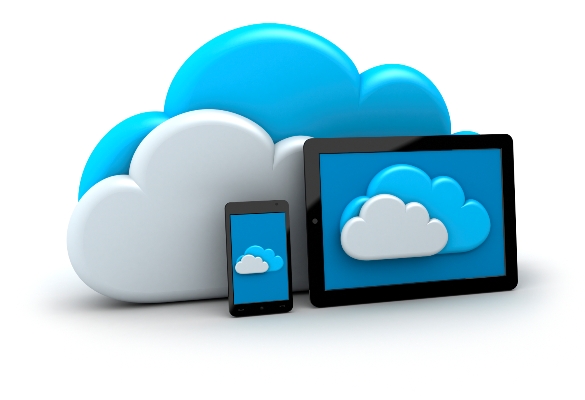