InfotechLead
Home IT Statistics Data center and enterprise SDN market to double to $1.4 bn in... 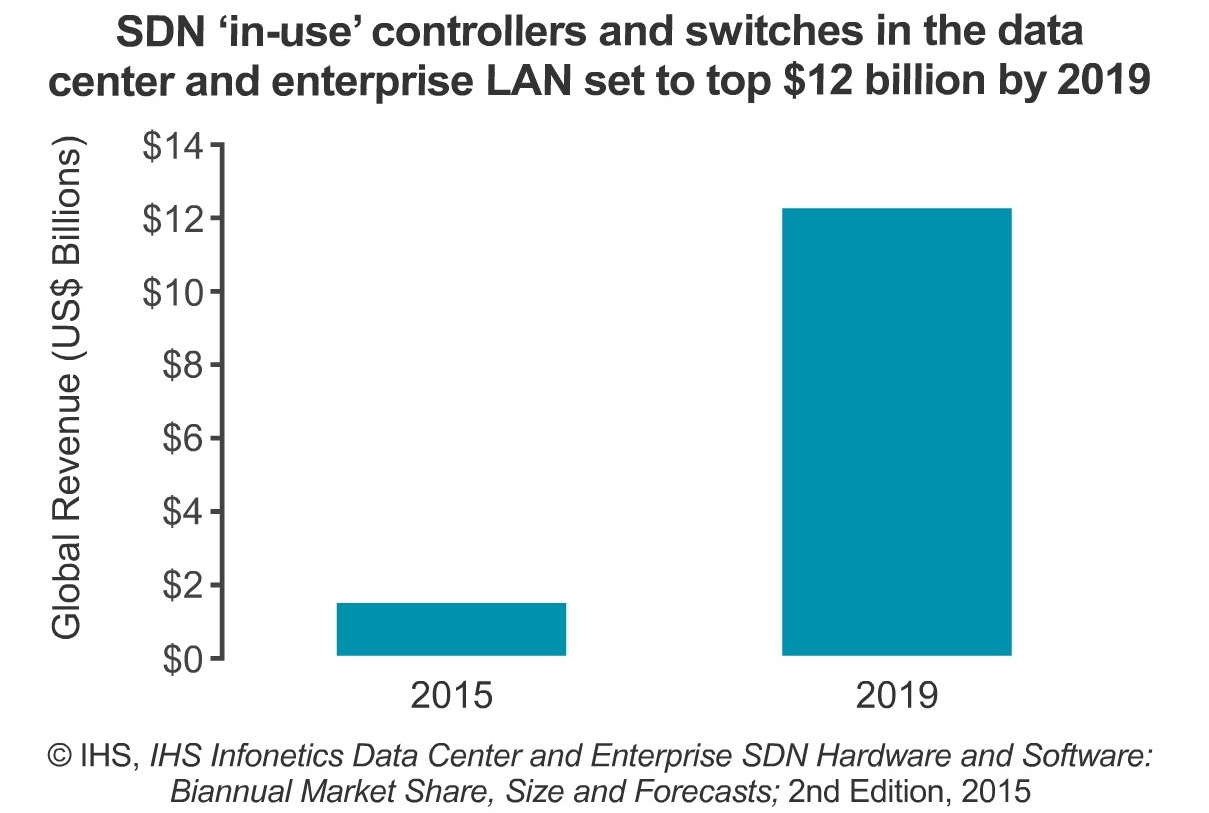 The size of the data center and enterprise SDN hardware and software market — SDN Ethernet switches and controllers — will double to $1.4 billion in 2015 and $12 billion by 2019, said IHS Infonetics.

“SDN use cases continue to emerge with the establishment of the software-defined enterprise WAN (SD-WAN) market in the first half of 2015. The SD-WAN market is still small, but many startups and traditional WAN optimization appliance vendors and network vendors have jumped in,” said Cliff Grossner, research director for data center, cloud and SDN at IHS.

The data center and enterprise LAN SDN market will be solidified by the end of 2016 as lab trials give way to live production deployments. “In 2017, SDN will move from early adopters into the hands of mainstream buyers,” Grossner said.

Bare metal switches accounted for 45 percent of global in-use SDN-capable Ethernet switch revenue in the first half of 2015.

In-use virtual switch (vSwitch) ports are expected to make up 11 percent of SDN (in-use and not-in-use) ports shipped by the end of 2015. SDN in-use physical Ethernet switches are forecast by IHS to comprise 15 percent of
Ethernet switch market revenue in 2017, up from 4 percent today.