Cloud IT infrastructure spending — server, disk storage, and ethernet switch — will grow 21 percent to $32 billion in 2015.

In 2015, Western Europe is expected to have the highest growth in cloud IT infrastructure spending at 32 percent, followed by Latin America (23 percent), Japan (22 percent), and the US (21 percent).

cloud IT infrastructure spending will grow at a compound annual growth rate (CAGR) of 14 percent; both public cloud and private cloud are expected to grow at the same CAGR.

Kuba Stolarski, research manager, Server, Virtualization and Workload Research at IDC, said: “As the market evolves into deploying 3rd Platform solutions and developing next-gen software, organizations of all types and sizes will discover that traditional approaches to IT management will increasingly fall short of the simplicity, flexibility, and extensibility requirements that form the core of cloud solutions.” 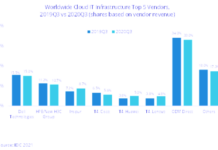 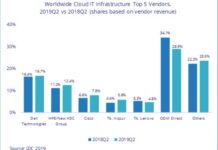 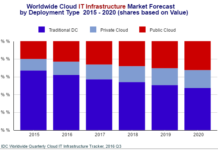