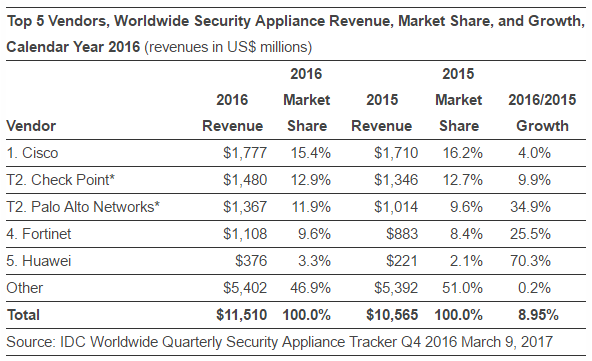 US-based technology giant Cisco is leading the global security appliance market ahead of Check Point in Q4 2016 and 2016.

Other leading suppliers in the security appliance market are Palo Alto Networks, Fortinet and Huawei.

The security appliance market revenues increased 9.2 percent in the fourth quarter of 2016 to $3.2 billion, said IDC.

The growth in the security appliance market was driven by the Unified Threat Management (UTM) sub-market, with UTM almost tripling its size over the last five years and reaching revenues of $5.6 billion (+16.7 percent) in 2016. 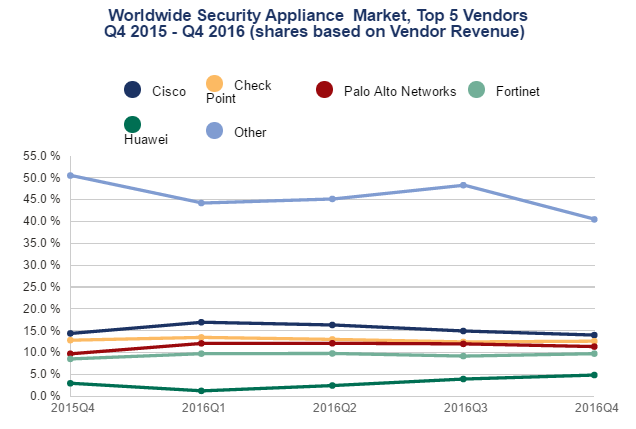 The UTM market represents almost 50 percent of the revenues in the security appliance market. The Firewall and Content Management sub-markets also had positive revenue growth in 2016 with gains of 10.4 percent and 0.8 percent, respectively.

The Intrusion Detection and Prevention and Virtual Private Network (VPN) sub-markets experienced weakening revenues in 2016 with year-over-year declines of 4.6 percent and 4.3 percent, respectively. 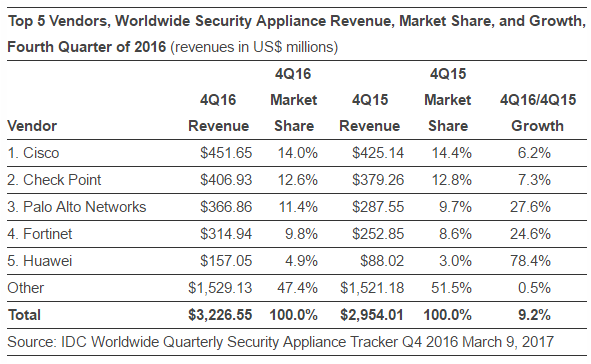 “Over the last quarter, there has been growth in every region with particularly strong growth in Asia/Pacific. Firewall and UTM continue to be the strongest areas of growth,” said Elizabeth Corr, research analyst, Security Products at IDC.