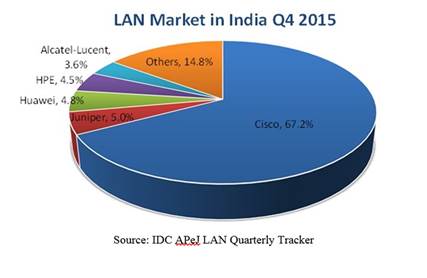 HPE has a healthy distribution of its business across verticals whereas Juniper, Huawei and Alcatel-Lucent’s major contribution came from telecom vertical.

The LAN market is expected to grow in single digit in terms of compound annual growth rate (CAGR) for 2015–2020. Telecom and banking would remain as the key contributors but incremental growth is expected from Education, Government, e-Commerce, Healthcare and Hospitality verticals in the near future.

SDN is slowly expected to further gain traction in the next few quarters, though large implementations will still take some time to come. 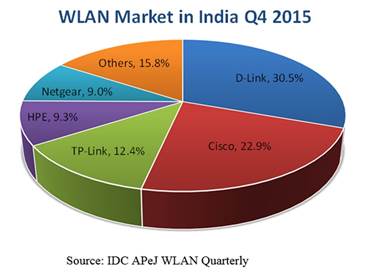 D-Link is leading the WLAN market with 30 percent share followed by Cisco and TP-link.

Home and Education segments contributed to more than 80 percent of the market.

Market share of D-Link and HPE fell, while Cisco and Netgear witnessed increase in the share in Q4 2015.

The WLAN market is also expected to grow in single digit in terms of compound annual growth rate (CAGR) for 2015–2020. Uptake from SMB and Wi-Fi hotspot demand from various cities would drive incremental growth in the near future.

The WLAN market is expected to grow on the back of increasing devices, need to stay connected and government’s initiatives to facilitate Wi-Fi on a large scale along with refresh projects.

Significant growth was seen in L4-7 switches and routers category due to Telecom investments in refresh and 4G rollouts. Telecom, Banking, Professional Services, Education and Government were the key contributors with more that 80 percent market share. 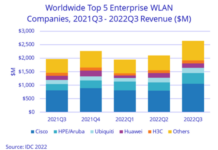 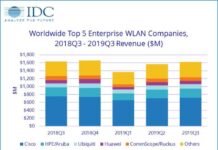 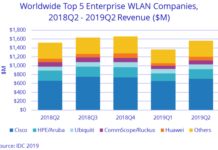