HP’s growth over the last four quarters has slightly outpaced Cisco’s, allowing it to close the gap on its prime competitor.

The other key vendors – based on their share in the cloud infrastructure equipment market in Q1 2015 — are Microsoft, Dell, IBM, EMC, VMware and Lenovo. 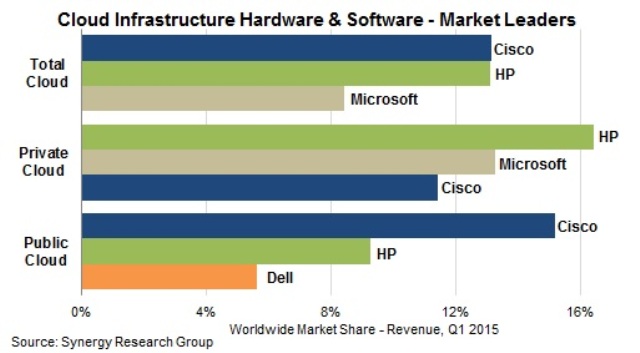 The IT analysis report said Cisco is the clear lead in public cloud infrastructure, while HP leads in private cloud.
Cisco’s leadership in public cloud equipment is due to its dominance of the networking segment and its rapidly growing position in servers.

HP’s private cloud leadership is due to dominating the market for cloud servers and being a main challenger in storage.

Microsoft and VMware feature in the cloud equipment ranking is due to their respective positions in server OS and virtualization applications, while IBM maintains a strong position across a range of cloud markets. 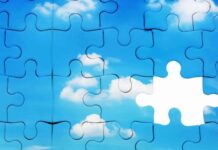 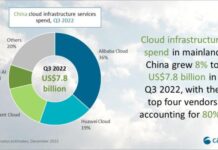 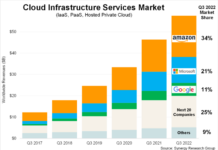