IBM continued to lead in the private and hybrid service segment.

In 2014, the share of AWS in the worldwide the cloud infrastructure service market was 28 percent, followed by Microsoft (10 percent), IBM (7 percent), Google (5 percent), salesforce (4 percent) and Rackspace (3 percent). 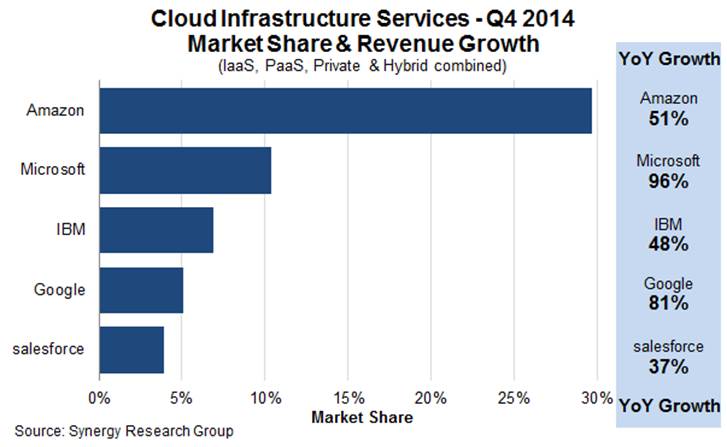 “The momentum that has been built up at AWS and Microsoft is particularly impressive. They have an ever-broadening portfolio of services and they are also benefitting from a slowdown in the super-aggressive price competition that was a feature of the first half of 2014,” John Dinsdale, chief analyst and research director at Synergy Research Group, said.

Amazon Web Services to invest another $35 bn in Virginia