Orange has unveiled Orange Fab, an international program to accelerate startups in Spain.

This program aims to promote the growth of start-ups by allowing them to gain faster access to their markets.

The program is part of Orange’s ‘open innovation’ plans, a fundamental pillar of its ‘Essentials2020’ strategic plan. This also marks the company’s focus on Spanish market where it just strengthened its present with the recent acquisition of Jazztel.

The program was unveiled by Gervais Pellissier, CEO delegate and executive director in charge of Europe for the Group, and Jean-Marc Vignolles, CEO of Orange Spain, in the presence of Victor Calvo-Sotelo, Telecom Deputy Minister, Jaime Garcia-Legaz, Spanish Secretary of State for Trade, and French Minister of Economy, Emmanuel Macron.

During the event, Victor Calvo Sotelo, Telecom Deputy Minister and President of Red.es, the public body aimed at enhancing the development of the Information Society, and Jean-Marc Vignolles signed an agreement to promote and encourage open innovation in Spain through the ‘Orange Fab’ programme.

This agreement illustrates Spain’s Digital Agenda, its willingness to seek synergies with development programs, and its support of the entrepreneurial ecosystem.

Jean-Marc Vignolles said, “We hope that the Orange Fab program can develop and spread to the whole of Spain with support and collaboration from the government. The Spanish economy is beginning to recover and Orange, which has supported economic growth in Spain for over fifteen years, wishes to continue its commitments to the country.”

Under the ‘Orange Fab Spain’ Orange will provide startups with mentoring, a workspace and access to its national and international contacts. They also get access to Orange’s distribution channels, and enjoy the experience and global presence of the Group. During the first season of ‘Orange Fab’ in Spain, the two strategic priority areas will be IoT (Internet of Things) and NFC (Near Field Communication).

Support will be provided on various topics and will be customized, according to the project’s maturity. The start-ups will also network with mentors and other start-ups to exchange experience and knowledge. In addition, they will also benefit from a network of experts, designers and investors embedded in innovative and dynamic ecosystems. They will also receive the expert advice of Orange leaders to accelerate their growth. Finally, the start-ups will have access to workspaces provided to them by Orange Spain.

At the end of ‘Orange Fab Spain’, the selected start-ups will be invited to an ‘International Demo Day’. There they will have the opportunity to pitch and exhibit their products and services to a larger audience, such as companies and investors from Iris Capital, a venture capital firm in which Orange is a shareholder, and Orange Digital Ventures, Orange’s investment initiative for start-ups. 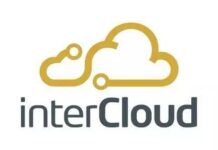 Orange to support startups focusing on AI, IoT and Cloud in Russia