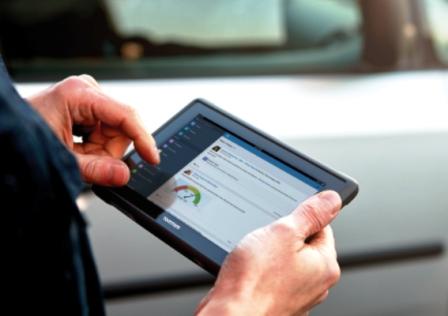 The top-10 vendors have over 100,000 active units deployed in Europe. With the TomTom subscriber base accelerating organically and via acquisitions during the past year, the company claims to have become the largest provider of fleet management solutions in the European market, with an installed base of about 529,000 units at year-end 2015.

Trakm8, ABAX, Teletrac Navman, Transics, Trimble and OCEAN (Orange) also have a base of over 100,000 active devices in the field. Owing to the standard line fitment of fleet management solutions, the HCV manufacturers have a climbing subscriber base spanning Europe.

With nine major mergers and acquisitions in the past three quarters amid the vendors of fleet management systems in Europe and TomTom acquiring Finder in Poland in December 2015, added another 60,000 vehicles to its installed base.

ITmobile operating from the Netherlands was acquired by Canadian Fleet Complete in December 2015. Also, Viasat entered the Polish market when CMA Monitoring was acquired in April 2016 adding 18,000 vehicle subscriptions, with EMIXIS headquartered in Belgium adding another 23,000 subscriptions.

The investment firm Sofindev also acquired a majority stake in GeoDynamics in April, with the GSGroup having acquired three companies in the past years, with PPCT in Finland being the latest in May.

In June, Verizon entered into an agreement to acquire Telogis, while in August it acquired Fleetmatics for a price tag of US$ 2.4 billion to become the largest fleet management solutions vendor worldwide.

The two recent deals empowered telematics unit with 1.6 million vehicles under management. Verizon is set on addition of new revenue streams and is underway to acquire core internet assets of Yahoo for $4.8 billion to expand its digital media and ad business.

TomTom to slash 500 jobs as it will gain from automation