There are several key reasons for IBM’s exit from semiconductor technology business.

First, semiconductor technology business is a loss making business for IBM. The net loss during the third quarter was $3.4 billion.

The divestment of semiconductor business means IBM made a net income of $18 million or $0.02 of diluted earnings per share, which includes a net loss from discontinued operations of $3.4 billion, or $3.44 per diluted common share for the third-quarter of 2014.

Interestingly, IBM will pay $1.5 billion as cash consideration to GLOBALFOUNDRIES over the next three years and will be adjusted by the amount of the working capital due by GLOBALFOUNDRIES to IBM, estimated to be $0.2 billion.

IBM continues its previously announced $3 billion investment over five years for semiconductor technology research to lead in the next generation of computing. 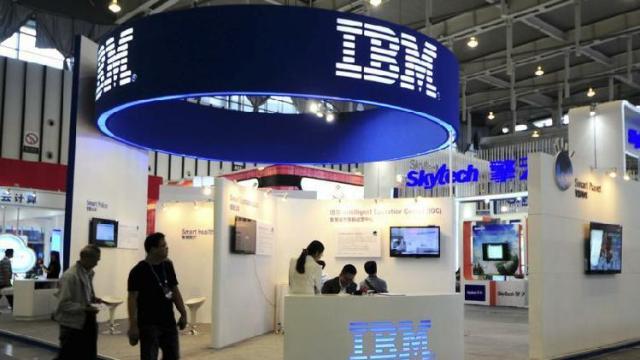 Fourth, IBM is utilizing its intellectual property that will be offered to GLOBALFOUNDRIE as part of this agreement.

Fifth, IBM technology team on semiconductor business will be absorbed by GLOBALFOUNDRIES.

GLOBALFOUNDRIES plans to provide employment opportunities for substantially all IBM employees at the two facilities who are part of the transferred businesses, except for a team of semiconductor server group employees who will remain with IBM.

IBM will reflect a pre-tax charge of $4.7 billion in its financial results for the third quarter of 2014, which includes an asset impairment, estimated costs to sell the IBM microelectronics business, and cash consideration to GLOBALFOUNDRIES.