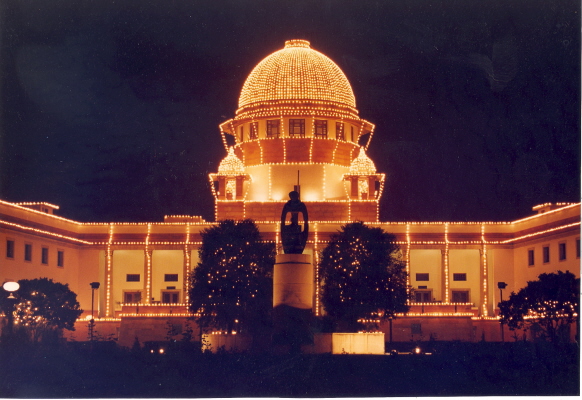 The Supreme Court of India on Saturday launched a public access portal of the National Judicial Data Grid (NJDG) for district courts to demystify the judicial process for the ordinary citizen.

NJDG, which was on Saturday inaugurated by Supreme Court judge Justice M.B. Lokur, will give litigants and others the consolidated figures of pending cases in district judiciaries across the country.

Aimed at promoting transparency and access to information for all stakeholders in the justice delivery system, the NJDG public access page can be visited at the National eCourts portal, ecourts.gov.in’.

It will give consolidated figures of pendency of cases in district judiciaries across the country.

“These statistics, which will be updated every day by the respective court complexes covered under the eCourts Project, will show case pendency broken into civil and criminal cases and segregated into age-wise categories of up to 2 years, between 2 to 5 years, between 5 to 10 years and more than 10 years,” the Supreme Court registry said in a press note.

It added that the “NJDG page for public access will also disseminate national and state, district and court-wise information about institution and disposal of cases and also the cases filed by senior citizens and women in the total pendency”.

Presently, NJDG contains information on 1.94 crore pending cases out of approximately 2.7 crore cases of district judiciaries under all the high courts of the country except Madhya Pradesh and Delhi, where case data is being migrated to national version of Case Information Software.

“Some courts are not yet computerised and, in some cases, connectivity issues may lead to non-updation of information,” the release said.