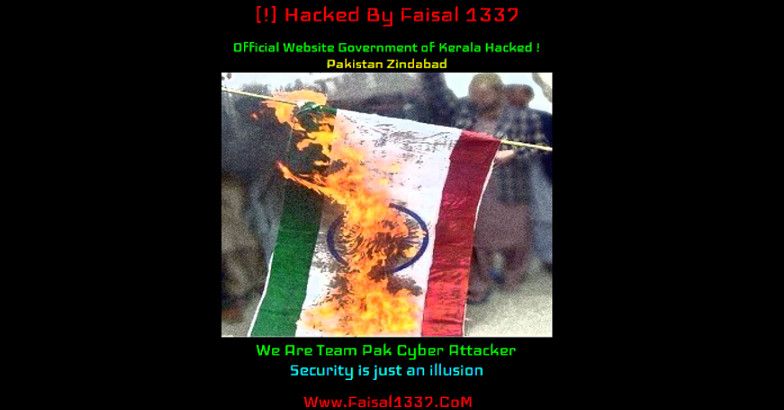 Suspected Pakistani hackers have hacked the official website of the Kerala government, www.keralagov.in.

With the cyber wing of the state police launching a probe into the hacking that occurred late Saturday night, Chief Minister Oommen Chandy told reporters at his hometown Kottayam on Sunday that the hacking was a “grave issue”.

The site is now being repaired by the state-owned Centre for Development of Imaging Technology which said the website server had not been hacked.

The hackers, who claimed to be Pakistanis, put a picture of a burning Tricolour as well as pro-Pakistani slogans on the hacked website.