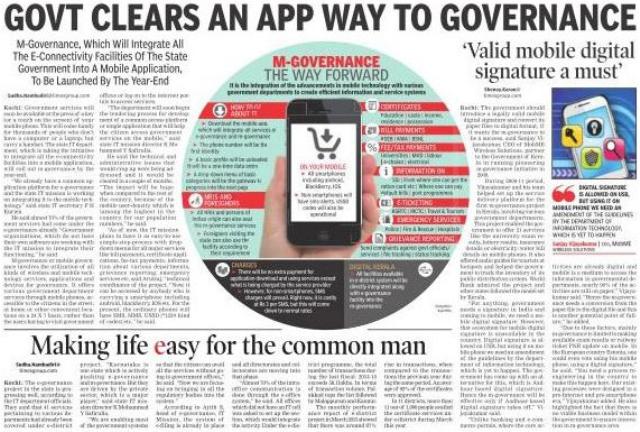 Himachal Pradesh has added another feather to its e-governance cap by winning an award for its contribution during the Digital India Week held in July this year, an official said on Sunday.

It has been ranked second among the states and union territories.

A government spokesman said the award would be presented on Good Governance Day in New Delhi on Monday by union Minister of Communications and Information Technology Ravi Shankar Prasad.

He said Digital India Week was celebrated from July 1-7 and its main objective was to inform, educate and engage with citizens through organization of events. In Himachal, a number of events were organised during this week and reporting was done through the online system, he said.

Chief Minister Virbhadra Singh had launched the Digital India Week by commissioning seven services under the e-district programme which include registration of birth and death and marriage.

The spokesman said inauguration of Aadhar Permanent Enrolment Centre, e-Vidhan and Mandi Tourism Mobile Apps and MyDiarY Mobile App were also launched during the series of events. He added that workshop on cyber security was held and a number of awareness counters for citizens were set up throughout the state to inform them about the electronic delivery of government and other services.

He said digital lockers of more than 11,000 people were opened during this week through District Informatics Officers and Lok Mitra Kendras which was almost double in the national average in percentage terms.

He said Sirmaur, Shimla and Una districts would also receive the award for being best contributing districts of the state.