E-commerce firm Etsy announced that it is buying Depop, an online platform for selling secondhand fashion, for $1.62 billion. 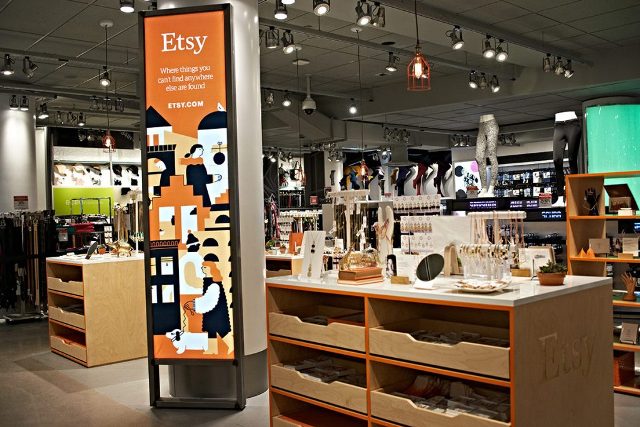 Founded in the U.K. in 2011, Depop lets people buy and sell used clothes through its online marketplace. The company has attracted a predominantly younger audience thanks to its social media savvy and messaging on environmental and ethical shopping.

Etsy CEO Josh Silverman said the company was “thrilled” to be adding what it believes to be the “resale home for Gen Z consumers” to Etsy. Depop boasts approximately 30 million registered users across 150 countries.

“Depop is a vibrant, two-sided marketplace with a passionate community, a highly-differentiated offering of unique items, and we believe significant potential to further scale,” Silverman said in a statement Wednesday.

Depop’s CEO Maria Raga said: “Our community is made up of people who are creating a new fashion system by establishing new trends and making new from old. They come to Depop for the clothes, but stay for the culture.”

Etsy said the transaction consisted primarily of cash and was “subject to certain adjustments for Depop’s working capital, transaction expenses, cash and indebtedness, and certain deferred and unvested equity for Depop management and employees.”

Etsy expects to finalize the deal by the third quarter of 2021. Depop will remain headquartered in London, Etsy said, operating as a standalone business run by current management.

The deal marks the biggest acquisition yet for Etsy, which went public on the New York Stock Exchange in 2015.

Depop raised a total of $105.6 million from investors including General Atlantic, Creandum, Balderton Capital, Octopus Ventures and Klarna CEO and co-founder Sebastian Siemiatkowski, according to data from Crunchbase.