InfotechLead
Home Digital Why taking on Facebook will impact digital customers in Australia?

Facebook has decided to pull all content and links from Australian news sources from its platforms in response to the Australian Parliament’s Treasury Laws Amendment (News Media and Digital Platforms Mandatory Bargaining Code) Bill, which went into effect on 17 February 2021.

Australia is relatively a small market for big companies such as Facebook and Google, and the law does little benefit to Australians, says GlobalData

Facebook invests heavily in its platform maintaining servers, networks, moderation teams to provide a free service in Australia. “While Facebook’s removal of news content is likely not permanent, it has caused some immediate damages to the public,” Malcolm Rogers, senior analyst of Technology at GlobalData, said.

Several people use Facebook to access important information about topics such as COVID-19, community events, news and health services. The broad language of the law used means the nature of the news content that could apply is vast.

Facebook is facing a new financial burden and the law gives Facebook the right to pull Australian news content in response. The law gives bargaining powers to a certain subset of Australian media companies that have very specific rules and regulations around who qualifies. Australian news businesses now have an incredible leg up in the content and media market within Australia.

The largest news and media outlets in Australia have the resources to win remuneration either through negotiation or arbitration.

Google has negotiated deals with several Australian news companies, most recently Rupert Murdoch’s News Corp. However, smaller niche or local outlets do not bring the same net benefits to large digital platform providers and will have less bargaining power in negation and might not be able to afford the costs of an arbitration.

If the Australian government is interested in providing a better competitive environment for media within the country, giving News Corp another bargaining chip is not the way to go.

Facebook and Google are aware of the benefit of quality journalism has towards there platforms and have begun programs to help news organizations monetize their content without the need for a new law.

Facebook launched a news content licensing platform in the UK after discussing with the news media industry and before any laws were implemented by the UK parliament. Google also launched a similar service called “News Showcase” in UK which subsequently launched in Australia, which it will roll out to other markets with the backing of a A$1.3 billion investment.

Facebook to invest $1 bn in news industry after Australia row 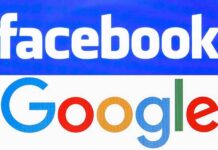 Australia to intro Google, Facebook legislation to parliament next week