The move is part of Twitter’s effort to decentralize the company, a vision that aims to give users more control over what content they see in their Twitter feed or have new ways of sharing content on the site, Amir Shevat, Twitter’s head of product for the developer platform, said.

The effort to increase developer access also comes as Twitter, Facebook and other social media companies are facing global scrutiny over how their algorithms surface certain content and their role in allowing misinformation or hate speech to spread.

Starting on Monday, developers can access data on up to 2 million tweets per month through Twitter’s application programming interface (API) at no cost.

The company also changed its API policy to allow for more use cases, including removing restrictions on competing with Twitter.

“I want everyone to be able to define their preferences and have their own curated content that’s adjusted to them,” Shevat said. “We can only do this if developers are in on it.”

Some examples of apps built with Twitter data include Block Party, which was founded by software engineer Tracy Chou and allows Twitter users to filter out content they do not want to see. 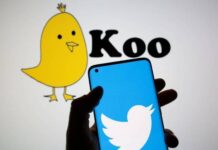