Twitter has confirmed that it laid off 50 percent or 3,700 of its employees as part of a major cost cutting exercise to revamp the social media platform.

Yoel Roth, Twitter’s head of safety and integrity, said on Friday in a tweet said that the social media platform’s content moderation capabilities remained in place.

The tweet by safety and integrity head Yoel Roth moved to reassure users and advertisers following the company’s takeover by billionaire Elon Musk in a $44 billion deal.

Yoel Roth said 15 percent of Twitter’s employees on the trust and safety team, which is responsible for preventing the spread of misinformation and harmful content, were laid off.

Company-wide, the layoffs affected 50 percent of employees, he added, which was the first confirmation from Twitter about the size of the layoffs.

Staff who worked in engineering, communications, product, content curation and machine learning ethics were among those impacted by the layoffs, according to tweets from Twitter staff.

Earlier on Friday, Elon Musk said Twitter had experienced a massive drop in revenue, due to civil rights groups who raised concerns about how the layoffs would affect moderation, and pressured top advertisers to pull their ad spending. 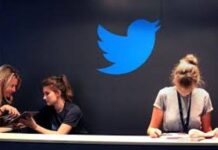