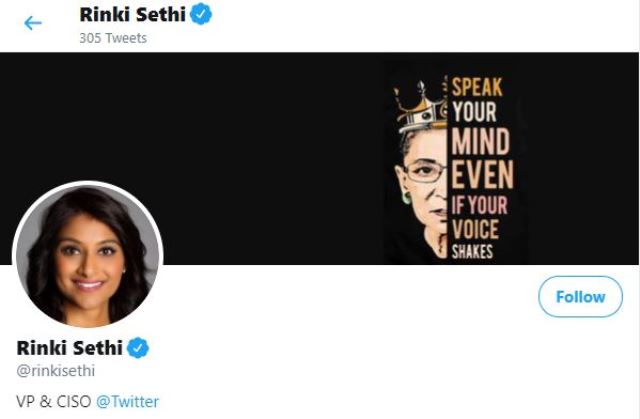 Reuters reported in July that Twitter, which had been without a security chief since December, stepped up its search in the weeks before the breach of high-profile accounts on its platform.

Earlier in July, the company had reported a breach where hackers accessed its internal systems to hijack some of the platform’s top voices including U.S. presidential candidate Joe Biden and reality TV star Kim Kardashian and used them to solicit digital currency.

“I welcome @rinkisethi as the new CISO of @twitter. An inspiring and experienced leader, Rinki comes to us via Rubrik, IBM and Palo Alto Networks,” Nick Tornow, platform lead at Twitter, said late on Monday.

“At Twitter, she will lead our growing InfoSec team, protecting our customers and our company to earn trust,” Nick Tornow added.

At Rubrik, Rinki Sethi was responsible for leading efforts to protect its information and technology assets and advised on the company’s continued product innovations in the security space. She reported to Rubrik CIO Avon Puri.

Rinki Sethi is recognized by CSO Magazine & Executive Women’s Forum with the “One to Watch” award, and in 2010, led a team at eBay to receive the “Information Security Team of the Year” by SC Magazine.

For almost six years, Rinki Sethi has served on the advisory council for SecureWorld, one of North America’s most vital cybersecurity conferences.

She earned her BS in Computer Science Engineering University of California, Davis and MS in Information Security from Capella University in Minnesota. 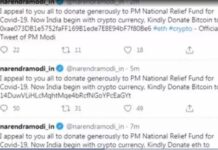