Everybody knows about Bitcoin these days as it is the de facto cryptocurrency. It is used in an almost mainstream way to pay for a variety of goods and services. There are even ATMs where you can withdraw Bitcoins.

It is far from being the only cryptocurrency out there, however. There are lots of other coins that all have some value and have some investors very excited, indeed. In fact, if you are looking to do things other than just buy and sell crypto, it is worth noting that other coins have a variety of uses.

In this article, I will give you some information on other coins so you can get an idea of whether you think they are worth buying for your specific needs.

What started out as a gag coin to poke fun at the hype of the cryptocurrency craze has become an actual currency. It is the darling of the counterculture styles that are interested in cryptocoins. But, don’t be fooled, it does have some value and can be considered a good investment choice.

The strength of the coin lies in the fact that it sticks to the original ideal of what Bitcoin was supposed to represent back in its early days. Dogecoin has a massive community feel to it where the people act almost democratically and with a common sense of togetherness. It doesn’t have a centralized authority and has something of a friendly vibe surrounding it.

You can check out the DOGE to BTC ticker and see that it is quite a stable coin and may make a good investment for some looking for a stable return and a good market cap.

One of the biggest problems with Bitcoin is its network latency. Since the hashes need to be encrypted one at a time and the process can take time, there is a slowdown when many transactions are happening at once. And the cost to mine them is quite high so fees are on the higher side with regards to other coins.

Ripple has done away with mining since every coin on its blockchain has been mined at the very beginning making it much faster and leaner than bitcoin.

It is also popular with investors because it has proved itself popular with traditional banking institutions. Since cross border transactions are very easy and fast with Ripple, they love to use it over their very own systems. Ripple has a very tangible value which traditional investors like.

Bitcoin Cash owes its very existence to the slowness and lack of scalability with bitcoin. It was created after a hard fork was made on the blockchain which has larger blocks. The blocks on the Bitcoin Cash chain are 8mb rather than the traditional 1mb so they have much more computing power which speeds up the transactions.

Once again, since it is a coin that solves a problem, it has usefulness beyond just a vehicle for speculation so investors are very enthusiastic about it.

*This article has been contributed on behalf of Paxful. However, the information provided herein is not and is not intended to be, investment, financial, or other advice. 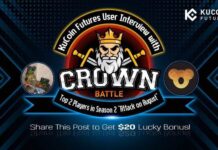