Google, Amazon, Meta, and Apple will command 70 percent of the online advertising market outside of China by the end of 2021, a report from Omdia shows. 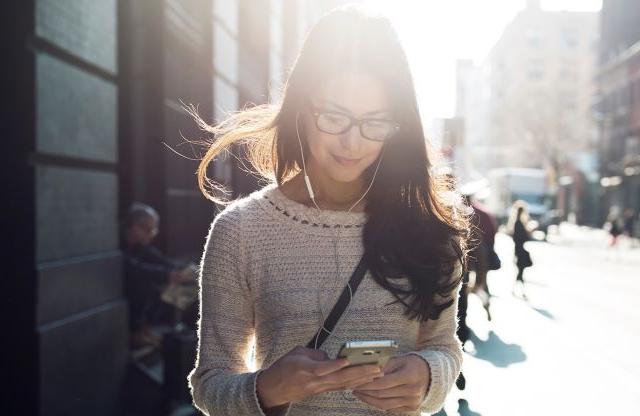 This outperformance of the market continued into 2021 and is driving up GAMA’s share of total global net media advertising revenue as media owners, which stood at 33 percent in 2020 and is set to reach 39 percent by the end of 2021.

Google outperformed the overall advertising market in 2021. Marija Masalskis, senior principal analyst at Omdia, commented: “Based on Google’s results for the first three quarters of 2021, we are projecting that the company will see full-year growth of 40.6 percent – its highest full-year growth since 2007.” 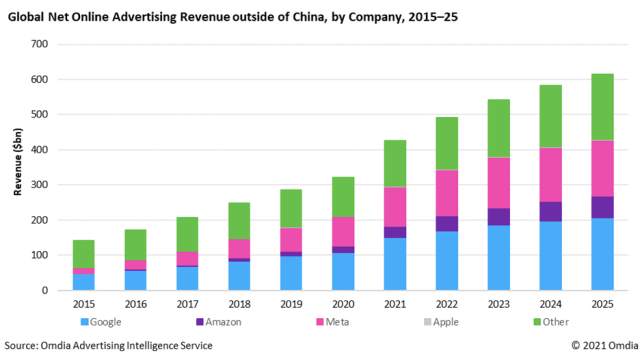 Google remains the undisputed leader in the online paid search advertising, taking 73 percent of total global revenue outside of China in 2021.

Amazon is an increasingly powerful force in this segment as more consumers turn to its platform for initial product searches, and it will eat into Google’s share to 2025, when it will take 16 percent of paid search advertising revenue outside of China.

Amazon’s sponsored product ads and increasing presence in the ad-supported video on-demand (AVOD) space will also see it increase its share of the online display segment to 8 percent in 2025 as ecommerce continues to grow across the globe. However, this segment will continue to be dominated by Meta and its constituent social properties to 2025, when they will collectively take 41 percent of online display revenue.

While Meta also dominates the out-stream – or in-feed – video advertising segment, it will see increased competition in this space from other social video sharing platforms, such as ByteDance’s TikTok.

Google also enjoys a strong position as a media owner in the online display segment through YouTube, which accounted for 36 percent of global TV-like in-stream video advertising revenue in 2021, and its growing stable of other display ad-supported services, such as Gmail and the Google Discover feed.

Apple has made privacy central to the marketing pitch for its devices and services for the past few years, and 2021 has seen it make changes to its mobile operating system that boost privacy options and make tracking and targeting ads across different apps much more difficult, impacting social platform and mobile publishers’ ad revenue.